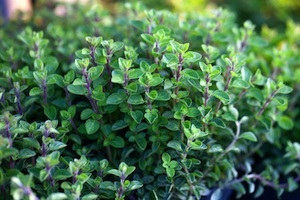 Carvacrol may not be a widely recognized household name, but its source – oregano, probably is. As it turns out, oregano offers more than a pleasant taste; research has shown that carvacrol, its active ingredient, offers a wide range of health benefits; including protective effects for the liver, antioxidant, activity against harmful organisms, and more. [1] The next 8 facts about carvacrol are sure to make it a known name in your household.

I'm not going to tell you that carvacrol is a cure for cancer but it certainly is demonstrating some interesting activity in preliminary research. When tested against breast cancer cells, it expedited cancer cell death... while being non-toxic. [2] [3] Long Island University researchers reported similar results when putting it up against prostate cancer cells. [4] Actually, carvacrol exhibits the same results regardless of the cancer. [5] Lung cancer cells, oral cancer cells, and malignant brain tumors... all have been on the losing end when pitted against carvacrol. [6] [7] [8] Again, it's important to remember that these reports are exploratory and solution potency was a factor in each experiment; regardless, the potential is exciting.

2. Cleans as Effectively as Chlorine

Produce is often washed before it's made available for purchase. That's great... except for the fact that chemicals like chlorine may be used. One study looked to compare the antimicrobial effect of carvacrol to chlorine as a wash for grape tomatoes. For the experiment, grape tomatoes were contaminated with Salmonella, and then given a chlorine wash or carvacrol. The solution using carvacrol achieved significant reductions in Salmonella. The researchers also noted the natural solution did not affect nutritional value, antioxidant content, look or taste. [9]

Experiments repeatedly confirm the efficacy of carvacrol against Salmonella, e. Coli, Campylobacter jejuni and Listeria. [10] [11] [12] It’s had so much success, researchers decided to pit it against an even more serious concern – antibiotic resistant Salmonella. When tested on Salmonella infected celery, carvacrol eliminated Salmonella colonies immediately. [13] It's believed this action may offer an alternative to keeping food clear of such harmful organisms.

Many people are plagued by yeast infections and often times Candida albicans is to blame. They may occur in the mouth, digestive tract, or really anywhere that's accommodating to fungus. When researchers tested carvacrol against Candida sampled from denture wearers, the results found carvacrol to be very effective; supporting the traditional use of oregano oil as a natural remedy for Candida. [14]

The oxidation of LDL cholesterol leads to accumulation along artery walls. The essential oil of oregano was one of several plant oils, which demonstrated protective effects for LDL against copper-induced oxidation. The most pronounced effect was observed with oregano oil and the activity was attributed to carvacrol.[15]

The Ministry of Health, Labour and Social Welfare in the former Soviet bloc country of Georgia approved an herb-based remedy containing carvacrol and other plant compounds as therapeutic support for blood sugar abnormalities. Although the carvacrol used didn't originate from oregano, trials of this drug reported that it lowered blood sugar without side effects. [16]

Redness and swelling are present with nearly all forms of injury or irritation. Clinical evidence suggests carvacrol may defend against redness and swelling. Tests have shown that it suppresses COX-2 expression, a primary cause of redness. While many plant-based essential oils have this potential, carvacrol is the best in class; research indicates it offers the greatest effectiveness. [17]

8. Amazing Cleansing Abilities... In the Home!

Carvacrol can offer cleansing action outside your body, too. One study examined its effectiveness as a surface-cleansing agent. Concentrations of oregano oil reportedly eliminated Listeria biofilms from plastic and stainless steel surfaces, confirming it as a cleaning agent even in non-organic environments. [18]