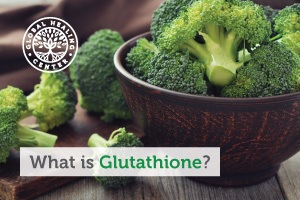 Although no one has quite discovered an answer to the aging process, the quest for the fountain of youth continues to be pursued by many. The rise of nutritional supplements on the market directly reflects the increasing desire of consumers to appear and feel younger. Many of these supplements are used to support energy, vitality, and beauty, yet most of them fail to realize the one important youth-supporting compound available in each and every one of us — glutathione.

The body is extremely intelligent and will do almost anything to maintain its health and wellbeing. Following an onslaught of oxidation, the body immediately steps in to protect its defenses. It produces glutathione, an antioxidant that comes in to neutralize free radicals. Amazingly, the toxins we are exposed to on a daily basis may drastically reduce the amount of glutathione our liver synthesizes. Our liver is the main detoxifying organ in the body and can become bogged down with everyday toxins, preventing the body from producing adequate amounts of glutathione. This is why regular cleansing, especially in today’s world, is so important.

What Does Glutathione Do?

The main action of glutathione is that of protecting cells from oxidative stress and damage, mainly via its antioxidant properties. The magic of glutathione also lies in its sulfur compounds. Researchers report that people who have lower levels of glutathione have an increased risk of cardiovascular disease. [1] Low levels of glutathione have also been found in patients with autism spectrum disorder. [2] No matter our age, every element of our health depends on the body’s ability to produce glutathione. It supports heart health and cognitive function, encourages healthy skin, strengthens immune defenses, and has been noted to increase strength and endurance. [3] [4] Regardless of these awesome benefits, the anti-aging properties of glutathione is something that has recently caught the eye of researchers.

Individuals with high glutathione levels tend to enjoy better health, greater energy, and a higher metabolism. A lot of what we call “aging” results from decreased cellular and organ function. As the body gets older, glutathione levels typically decrease. This can result in an increased susceptibility to metabolic stress, a factor that greatly accelerates the aging process. [5] Finding ways of increasing glutathione levels may be an excellent way to support health in the long run while possibly delaying the effects of aging.

It is best to supplement with glutathione precursors to increase glutathione levels in the body. Eating sulfur-rich foods like onions, cruciferous vegetables (broccoli and cauliflower), spinach, and kale may be helpful for providing a starting point for the body to produce more glutathione. [6] Consuming bioactive whey protein, if you're not vegan, appears to provide amino acids essential to glutathione synthesis. [7] [8] Regular exercise also stimulates glutathione production.