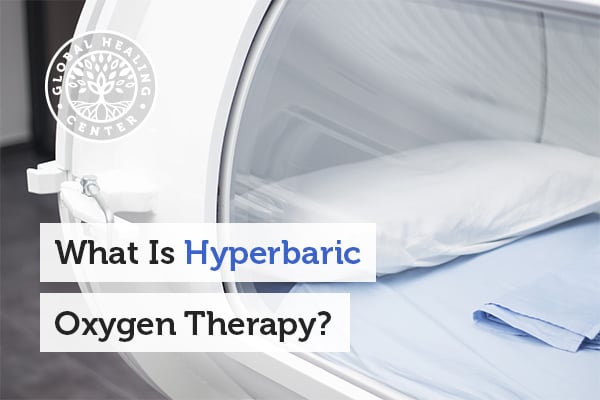 Disclaimer: HBOT is a relatively new therapy and we’re still learning what it can and cannot do. Don’t believe spurious claims that HBOT is some sort of miracle cure-all. As with any new technology or therapy, it’s important to take a practical and realistic point of view. [4] That said, let’s look at how it works…

At the start of an HBOT sessions, the patient enters the hyperbaric chamber, which is a large glass chamber resembling something Jacques Cousteau might use to watch sharks. Once inside, a technician slowly increases the pressure as oxygen pumps into the chamber at levels 1.5 – 3 times higher than normal atmospheric air pressure. This fills the lungs with higher than normal levels of oxygen and encourages oxygen to be absorbed into the blood. Because it is a pressurized environment, it may cause minor discomfort and ear popping.

HBOT helps the healing response by enriching the blood with oxygen and allowing for a steady flow of oxygen-rich blood to reach the wound.

13 Reasons to Use Oxygen Therapy

There are some outrageous claims about the benefits of HBOT. Sad to say, as great as it may be, it won’t make you Wonder Woman or Superman. However, the FDA has listed 13 conditions that may benefit from the use of hyperbaric chambers. [5] [6]

Oxygen in the Body

How important is oxygen? Well, there’s an old saying, “You can go three weeks without food, three days without water, but only three minutes without oxygen.”

The human body requires oxygen to make the energy that powers the brain and muscles. It turns genes on and off. It encourages waste removal. Oxygen stimulates blood vessel growth to heal wounds. If your cells become deprived of oxygen they shut down and begin to die. [7] The bottom line – your body won’t function without oxygen.

Air consists of more than oxygen. [8] Some gases, like nitrogen, make up a large portion of the atmosphere and cause humans no harm. Other gases, like carbon monoxide and carbon dioxide, can interfere with oxygen absorption.

Although it’s important you make sure to get enough oxygen, HBOT isn't the only way to achieve this. High-intensity workouts and deep breathing exercises are an excellent way to increase your blood oxygen levels. For guided instruction, consider yoga or T’ai Chi classes that feature deep breathing as part of their exercise.