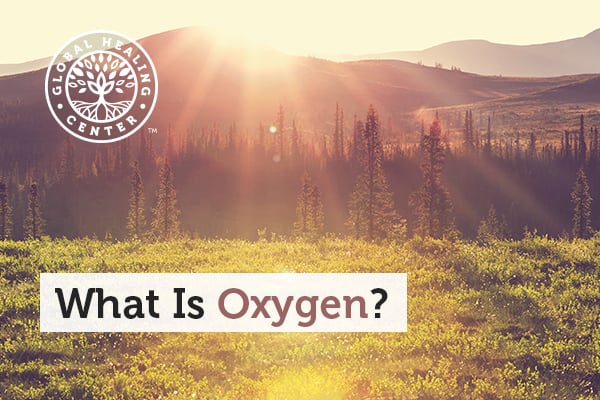 Oxygen is a colorless, odorless gas.[1] It is a chemical element and you can find it on the periodic table with the atomic number 8. Oxygen is the third most abundant element in the universe and makes up over 20% of the earth’s atmosphere.[2] In the human body, oxygen is the single most abundant element, making up 65% of body mass.[3] You're breathing oxygen nearly every second of every day and it's clearly very important. So, let's look at a few of the ways the human body uses oxygen.

The Function of Oxygen in the Body

Cellular respiration is the term used to describe the phase of the digestive process when food breaks down to supply cells with energy.[4][5] During cellular respiration, cells use oxygen to break down sugar to produce ATP, or adenosine triphosphate. ATP is a molecule that supplies cells with energy.[6] The byproducts of the process are CO2 and water.

The Benefits of Oxygen

Health status, activity level, and hydration are factors that affect how much oxygen a person needs.[7] Without adequate oxygen, health concerns are guaranteed.[8] Some people have to use extraordinary measures to get their oxygen levels up. Hyperbaric oxygen therapy, for example, is one way to increase oxygen levels and may even address a variety of health concerns.[9]

There are a lot of reasons why more oxygen is better. In one study, laboratory mice that received supplemental oxygen had better T-cell counts, immune function, and lived about twice as long as mice with normal oxygen levels.[10]

Oxygen deprivation doesn’t have to be sudden, like choking or drowning, to be a concern. Oxygen deprivation can be a long term concern, occurring over months or years. The reasons are varied, but pollution and poor indoor air quality are among them. The health effects of oxygen deprivation can be severe; it's even linked to tumor growth.[11][12] Environmental concerns are amplifying the concern and oxygen levels in the atmosphere are on the decline.[13]

Body cleansing is a great way to take advantage of the power of oxygen. Oxygen-based colon cleansing products are an alternative to harsh herbal concoctions. I recommend Oxy-Powder®; it's formulated with oxygen to gently cleanse and detoxify the digestive tract. We get a lot of feedback from people who tell us it helps them feel great.