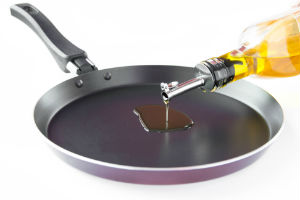 It seems that everywhere you look today you can find a source for toxins — food, clothes, children’s toys…you get the idea. Sometimes, no matter how careful you are, toxins can sneak past you, infiltrating your home and body. It never hurts to arm yourself with a healthy dose of awareness and prevention, two components that can protect you and your family from unseen attackers.

12 Ways Toxins Can Sneak into Your Life

Toxins really are everywhere, and it is almost impossible to avoid them 100% of the time. Still, you can limit your exposure to harmful endocrine disruptors, not to mention a plethora of other compounds. Here are just 12 sneaky ways that toxins are infiltrating your life and what you can do about it.

1. In Your Bottled Water

In a collaborative study from Nanjing University in China and the University of Florida, scientists studied plastic water bottles exposed to varying temperatures over four weeks. In the bottles left at higher temperatures, like the temperature in a hot car, levels of BPA and antimony increased. [1] Most of us have heard of BPA, a toxin that mimics estrogen and is thought to disrupt hormone balance, but antimony is also bad news, playing a role in lung, heart, and gastrointestinal diseases. [2]

2. In Your Pots and Pans

Sure, Teflon is an amazingly convenient invention that saves time; however, there’s recent evidence suggesting exposure to C8, a chemical involved in the production of Teflon, could be responsible for medical issues like kidney cancer, testicular cancer, thyroid disease, high cholesterol, pregnancy-induced hypertension, and ulcerative colitis. [3]

There’s probably more than you think lurking beneath the surface of your couch. Furniture that has been treated with flame retardants seems like a smart choice, but flame-retardant chemicals might be taking a toll on your health. These toxins have links to cancer, issues with fertility, and disruptions in sexual and neurological function. [4]

According to many toxicology reports, not even clothes are safe against toxin levels. In an October 2014 report from the Swedish Chemicals Agency, 2,400 substances were identified in clothing, with about 10% of that number posing a threat to humans and the environment. [5]

Used in the production of some plastics, acrylamide has been consistently linked to cancer. In 2013, worrisomely high levels of this toxin were found in certain UK baby foods. As if that weren’t enough, phthalates – linked to concerns with reproductive development – have been appearing in unsafe levels in the diets of children two years and under. [6] Used to make plastic flexible, phthalates have been banned in the U.S. in the production of sippy cups, plastic plates, and other children’s products. So how then are they getting into your child’s food?

6. In Your Hand Soap

Triclosan is often used in soap for its antibacterial properties. Unfortunately, of the almost 1,500 tons that are produced worldwide each year, much of that will end up in our rivers and streams. The environmental impact alone is staggering, but there’s also a human concern, with strong research suggesting a link to liver cancer. [7] Fortunately, Minnesota has recently banned triclosan. Here’s hoping other states will follow suit.

7. In Your Children’s Toys

Remember phthalates? Well, that US ban only covers 6 of them, so this means toy manufacturers can simply use an unbanned one or, as all toys aren’t inspected, possibly even a banned one. A recent Public Interest Research Group (PIRG) study also found higher than the legal limits of lead and chromium in some toys. [8] There have been efforts to curb this concern, though. For example, the Albany county legislature in New York just introduced the Toxic-Free Toys Act, which would allow the county health commissioner to inspect all toys before sale. A small step, sure, but baby steps are better than none at all.

Many of those so-called convenient laundry “pods” are brightly colored, and that’s a big concern for kids. From 2012 to 2013, over 17,000 children under the age of 6 ate or inhaled the contents; some also squirted the liquid into their eyes. [9] In addition to accidental poisonings, those flame retardant chemicals used in your furniture are transferred to your clothing. Clothes are then washed, and over time, these flame-retardant chemicals are making their way into the water supply. [10]

9. In Your Party Decorations

The Alliance for a Healthy Tomorrow and Clean Water Action found elevated levels of toxins in costumes and party supplies. Over 106 items sold at national retailers were tested for chemicals with links to health concerns. Multiple issues were found; for example, one toddler costume had abnormally high levels of phthalates, tin, and lead.

10. In Your Phone, Tablet, and Computer

A recent Greenpeace study found that over 50% of technology use toxic substances like Polyvinylchloride (PVC) and Brominated flame retardants (BFRs). PVC is thought to pose a health risk, while long-term exposure to BFRs has been linked to kidney and brain damage.

11. In Your Household Cleaners

Quaternary ammonium compounds, or quats, are still commonly used in commercial-grade cleaning products. They’re also used in some shampoos, disinfecting wipes, and nasal sprays. While no one has studied human toxicity, researchers from Virginia Tech and Washington State University looked at quats in breeding mice and suggested these toxins can also affect a woman’s reproductive health. [11]

12. In Your Shampoo, Lipstick, and Toothpaste

Toxins might be hiding in your personal care items. I mentioned Triclosan earlier, but there are many other chemicals you wouldn’t want anywhere near your skin; some are even linked to cancer. [12] In addition to chemicals, you also have to deal with microbeads. These tiny plastic beads in your body wash are washing down the drain and into lakes and rivers. Once there, the beads won’t biodegrade, so they have nothing to do but collect. [13] Fish eat the toxic microbeads, you eat the fish, and your health suffers. Thankfully, some states are limiting the use of these beads, and many companies are even working on new formulas for their products.

Reduce Exposure to Toxins and Cleanse Your Body

Now that you know some of the sneaky ways toxins can infiltrate your life, what can you do about it? Here are some steps to help you avoid, or reduce exposure to these toxins:

Of course, there is no way you can stay away from every single toxin. Cleansing, however, is a great option to stay in control of your overall health. Check out my Toxin Cleanse article to get a leg up on reducing toxins in your life.