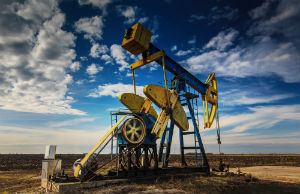 Fracking is a rising concern in the United States and all across the world. Media coverage has increased in recent years as research continues to mount on its negative impacts on the environment. Health effects of fracking have also received some attention, and many medical professionals are advocating for safer methods for extracting oil. Still, fracking continues to be practiced in certain areas of the country. Here are some shocking things you need to know about fracking.

1. Earthquakes Are on the Rise: Is Fracking to Blame?

As the United States continues to be drilled by oil and gas companies and the earth continues to be turned into Swiss cheese, earthquakes have risen proportionally. [1] Renegade geologists and scientists in the last 5 years have brought to light the frightening truth about what dangers lie below our feet. What’s it going to take for us to wake up?

2. Safety Research is Being Roadblocked

Shale fracking has existed for many years, and assessment of the repercussions to the environment and wildlife continues to evade scientists, though not for the reasons one would expect. Fracking companies use many types and number of chemicals in the fluid used in drilling (some known to be carcinogenic), but reporting requirements are often voluntary and shielded by ‘trade secret’ loopholes. [2]

Independent research access to fracking sites is generally roadblocked, so honest investigation is prevented. Additionally, only 20% of fracking states maintain any record of spills or accidents. There simply appears to be almost no reliable data of the potential disastrous damage being done from this extreme form of oil mining.

A new Stanford University study suggests drinking water derived from aquifers and wells across the nation may have been (or is being) contaminated from various fracking activities over the past ten years. [3]

Though regular fracking occurs miles below the ground, in some instances areas as shallow as 1,000 feet has been drilled and potentially contaminated the water source directly or via migration of fracking chemicals. The ill­ conceived 2005 Energy Policy Act preempted the previous Safe Water Drinking Act, which then made it legal to frack drill drinking water sources. The EPA admits they keep no record of fracking applications in connection to natural water reservoirs across the nation.

A recent $12 million research project conducted by the National Science Foundation found that safety protocols put in place a decade ago or more in many oil fracking states are based on whims, with no solid science supporting them. [4] Negative impacts on health, ecological, sociological, and economic conditions could prove dire. Additionally, over 1,000 chemicals are in common use in frac fluids, though little is known on carcinogenicity, toxicity, persistence, etc. The aim of this ongoing research project will aim to bring the facts to light.

Cities across the nation home to fracking operations are shown to be without consistent safety regulations or protocols in case of fire emergencies or well ­site accidents. A recent Ohio fracking well explosion took an unacceptable 7 hour response time as the company and fire authorities were at odds on how to contain the accident. [5]

Nonprofit group Environmental Integrity Project's FOIA requests to the EPA revealed disturbing details. Highly-regulated diesel fuel (5 fuels in this category), a neurotoxin and carcinogen in humans, has been used in frac fluid illegally since at least 2005 and is still being used today by over 30 companies across 12 states. The EPA and Congress continue to look the other way, operating in a loose Laissez ­faire manner while public health hangs in the balance. [7]

As the nation’s gas and oil fracking epicenter, residents across Colorado are being plagued with oil rigs dotting the landscape and suffering the ensuing toxic air and environmental damage. Numerous studies have been conducted over the past few years in Colorado (and elsewhere) revealing just how negatively the chemical pollution emitted by gas and oil fracking is affecting health, particularly among infants and children. Enabling the breakneck growth of fracking across 1/3 of the nation is the multi­billion taxpayer-funded subsidies which favor oil and gas companies to continue this unregulated growth. [8]

The first scientific investigation of wastewater generated from fracking was studied by Rice University over a period of one year. Results were published in a peer-­reviewed scientific journal and revealed that many fracking wells use up to 2 million gallons of local freshwater and are starting to reuse that water again, compounding the already alarming level of man-made and inorganic chemical toxins. This poses massive environmental and biological health risks. Researchers found 6 chemicals highly toxic to human health, including heavy metals, radioactive substances, and halocarbons. [9]