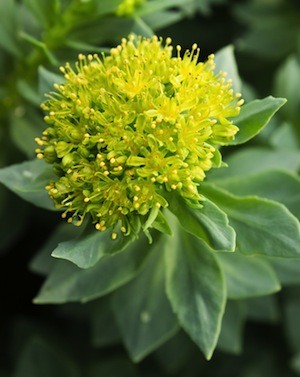 Rhodiola rosea, also known as golden root, grows in the cool, northern climates of Asia and Eastern Europe and even flourishes in many regions of the Arctic. It's included in several traditional healing modalities where it's used as an herbal remedy for fatigue, anxiety, and mood imbalances.

How Does Rhodiola rosea Work?

Rhodiola rosea is a potent natural adaptogen, meaning that it helps the mind and body adapt to stress and other proverbial hurdles. [1] Research has identified five active biological compounds in the roots of the plant – rosin, rhodioloside, rosarin, salidroside, and tyrosol. Although the compounds all work together in synergy, analysis suggests that tyrosol, rhodioloside, and salidroside are among the most active. [2] [3] Salidroside specifically offers antioxidant action to fight the effects of aging. [4] [5]

Rhodiola rosea can enhance the permeability of the blood-brain barrier. This promotes normal, unobstructed transport of dopamine and serotonin, two neurotransmitters that are essential for regulating mood and promoting a good quality of life. [6] [7] If you ever experience mental fog or a case of the "blahs" you may want to take note.

A 2011 review of clinical trials found that persons who supplemented with Rhodiola rosea often experienced physical and mental rejuvenation. The review also reported encouraging results with regard to its effect on overall mental health. [8] These sentiments have been echoed by Russian researchers who have identified the plant's ability to encourage a healthy stress response alongside cognitive and neural stimulation. [9]

Rhodiola rosea is an Energy Enhancer

Eastern European researchers have conducted numerous investigations into the effects of Rhodiola rosea on physical and mental fatigue. Participants who took Rhodiola rosea reported having more energy and focus. Both animal and human experimental models have observed better endurance during physical activity while supplementing with Rhodiola rosea. [10]

One twelve-week study evaluated Rhodiola rosea extract in combination with vitamin and mineral supplementation on 120 adults who were experiencing physical and cognitive deficiencies. Positive changes in their physical and cognitive responses were reported. Roughly 80% of the test subjects rated the supplementation as having good or very good effects. Additionally, 99% of physicians and patients believed the supplement to be safe. [11]

Rhodiola rosea has also been found to have a positive relationship with thyroid health. One study examined patients with differentiated thyroid cancer, all of whom required hormone withdrawal as part of their treatment. Hormone withdrawal is nasty and can cause fatigue and indications of hypothyroidism. In an effort to counteract these effects, the test subjects were given Rhodiola rosea. The result? An ease in the short-term indications of thyroid impairment. [12]

Other Health Benefits of Rhodiola rosea

Have you ever exercised and felt extremely sore afterward? A build up of lactic acid in your muscles was likely the reason. When Italian researchers evaluated 14 male athletes to determine the effect of Rhodiola rosea supplementation following intense workouts, they found it reduced lactic acid buildup and muscle damage. [13] Just another testament to its potency as an all around adaptogen.

Current research suggests that Rhodiola rosea is a fantastic herbal option to support physical performance, energy, and mood. It's exciting that we've been given a glimpse into the possible health benefits that had only been speculated previously based on traditional practices and folklore.