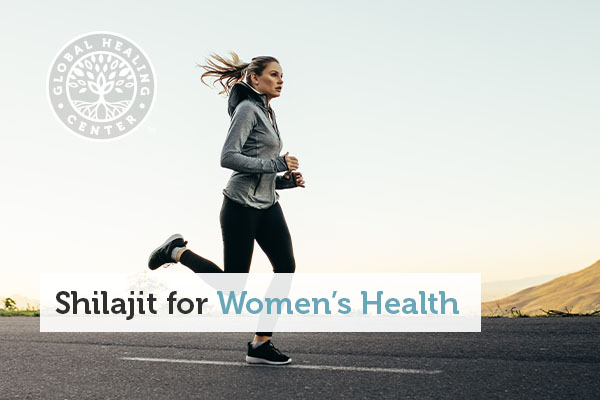 Formed over hundreds of years from decayed plant material, Shilajit is a tar-like substance found in the Himalayas, Caucasus, and Andes. Pronounced "shil-ah-jeet," it offers quite a few compounds that support human health. This substance has been part of Ayurvedic medicine for centuries and is especially beneficial for women, providing energy enhancement, mood support, and antioxidant protection.

3 Benefits of Shilajit for Women's Health

Here are a few of the health benefits of Shilajit and how it relates to female health:

In some villages in the Himalayas, Shilajit is a regular part of the diet. Residents of these villages consider it an important component for promoting good health. One research study found that Shilajit, when combined with Indian ginseng, may be helpful for reducing the risk of age-related cognitive decline.

The data doesn't lie. Human and animal studies suggest that Shilajit helps you fight fatigue and feel energized. Traditional medicine credits it as a revitalizer to enhance physical performance. Why? Because Shilajit supports ATP production, helping to enhance energy at the cellular level. [1]

When researchers decided to test its impact on the physical challenges associated with high altitude, such as physical stress, lethargy, and general tiredness, they determined that its fulvic acid content acts at a deep tissue level to overcome these common issues. [2]

Shilajit is loaded with fulvic acid, which has remarkably high antioxidant values. Recent research indicates that it supports brain health and its antioxidant compounds may be the main route through which Shilajit protects the brain. [3] [4] [5] Women seeking to support cognitive function may want to consider Shilajit. Other studies have noted positive effects on memory, anxiety, cognitive function, mood support, and stimulating brain activity. [6]

Real Shilajit will have a brownish-blackish color, melt in your hand, and have a bitter taste. Always find a high-quality source, as many suppliers sell inferior or old products that have lost potency.