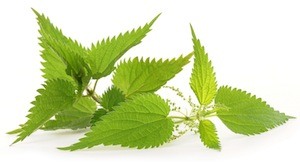 Urtica dioica, or Stinging Nettle, is probably one of the world's most popular herbal remedies. Health practitioners use it commonly for its potency against harmful organisms, redness, and swelling; as well as its immune modulating action. It has also been used to support balanced blood sugar and normal cholesterol levels. [1] The benefits don't stop there. For men, in particular, stinging nettle provides support for the prostate and lower urinary tract.

Benign Prostate Hyperplasia (BPH) afflicts many men as they age. Studies have shown 50% of men between 51-60, and 90% of men over 80 suffer from this benign enlargement of the prostate. [2] While it may be termed benign, it comes with unpleasant side effects such as a frequent urge to urinate, especially at night, and the potential for developing into more serious prostate issues.

A recent study of 100 BPH patients found that stinging nettle effective in reducing prostate size as well as the symptoms associated with an enlarged prostate. [3] This result corresponds to previous studies which reported reduced prostate size and serum PSA (prostate specific antigen). [4] In fact, stinging nettle has performed so well against BPH that even mainstream sources have taken notice. [5]

For many men, especially older men, lower urinary tract concerns are common. Symptoms include a frequent, urgent need to urinate with a poor stream and often an incomplete voiding of the bladder. Stinging nettle was tested along with saw palmetto and pinus pinaster as a means to remedy these issues. Stinging nettle, along with the other herbs tested, reduced the symptoms in 85% of the patients. These patients specifically noted a significant reduction in the painful and irritating symptoms. [6]

Why Does Stinging Nettle Work?

Researchers are working to better understand the mechanisms behind stinging nettle’s success against BPH and urinary tract concerns. A recent 2013 study found that stinging nettle possessed compounds that may inhibit the enzyme 5-alpha reductase. [7] This enzyme converts testosterone into dihydrotestosterone (DHT), a potent androgen hormone associated with prostate enlargement, low testosterone levels in older men, and hair loss. A majority of this conversion occurs in the prostate and hair follicles. By reducing the conversion of testosterone, these areas do not suffer from the androgenizing effects that result when DHT is present.

Further research will certainly confirm how stinging nettle works to alleviate the symptoms of BPH and reduce prostate swelling and enlargement. Based on its success to date, studies of stinging nettle have proven its effectiveness and it has lived up to its reputation as a mainstay in folk and alternative medicine.[8] Based on these findings, stinging nettle could be playing a role in supplementation by men seeking to maintain prostate health. Global Healing’s Prostrex™ not only contains nettle leaf, but also saw palmetto and a blend of several herbs that boost prostate health and encourage normal urine flow.