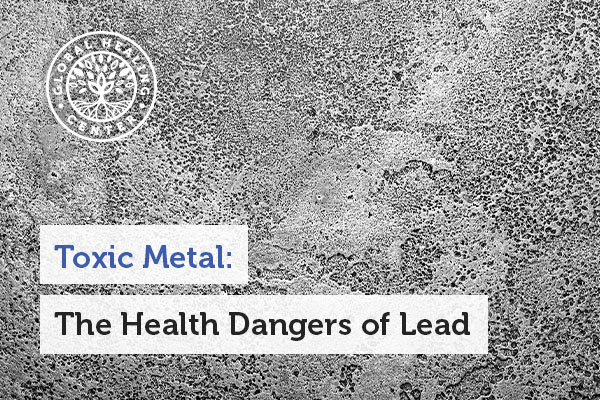 Lead is a naturally occurring metal but its natural status doesn't mean it's healthy. In fact, lead is extremely toxic to humans and affects the liver, kidneys, reproductive system, and nervous system. [1] Lead exposure can happen quietly and causes permanent health issues, especially to the brain. Children are the most at-risk for lead exposure and the worst effects impact motor skills and cognitive impairment. Toxic metal and lead poisoning is a concern in many countries in the world including the United States, Iran, India, and China. Sources of lead exposure really vary which is due in part to the inclusion of lead in many chemicals and products. Occupational exposure is a public health issue everywhere and mine workers, paint factory employees, drivers, and tile makers are just a few occupations that have been identified as higher risk for lead toxicity. [2]

Lead is harmful to nearly all systems of the body. Lead is one of many toxic metals that cause damage by inducing oxidative stress. Because lead accumulates in the body, it can simply sit there and be a constant source of harmful free radicals. What may be most scary is that the harmful effects of lead exposure are often irreversible. Lead exposure is perhaps best associated with its negative impact on intelligence. [3] This is because the brain is especially vulnerable to intoxication and poisoning and lead poisoning affects the brain much the same way drug abuse does. [4] Exposed persons experience a suppressed immune system. [5] Increased blood pressure is also a common effect. [6]

There is no question that lead exposure negatively impacts the health of children. This is even true for tiny amounts, no safe levels of lead for children have been identified. In children, affected areas include the nervous system and this results in learning and behavior issues; seizures, coma, and death may also result. In the United States, the most common source of lead exposure for children is lead-based paint dust but incidents of exposure by way of low-quality toys and trinkets also seems to pop up on an almost regular basis. [7]

Lead poisoning is a huge concern for pregnant women. Chronic, low-level exposure can accumulate in the bones and remain immobile until pregnancy occurs and calcium demands are increased. This can "dislodge" lead deposits into the bloodstream and allow them to harm pregnant women and be extremely detrimental to the developing fetus. This lead exposure "time bomb" makes prediction very difficult. [8]

Living or working in areas more susceptible to lead contamination presents a two-fold issue. High levels of lead in the environment cause low and slow chronic exposure to lead that can hinder brain development in children. If children have parents or guardians whose occupations including lead dust, studies have shown that these kids are susceptible to "second hand" exposure through their parent's clothing. Dust carried in on clothing is a source of contamination for the home, which further affects children in the home. [9] [10]

In May 2012, the CDC implemented new reference standards for determining childhood lead poisoning. Threshold levels have been reduced, which is expected to initiate an increase in incidences of lead poisoning. [11]

On the international front, the rapid economic development and mineral processing in China has caused severe lead pollution. A large amount of lead has been released into the environment and impacted water, soil, and farming efforts. The blood lead levels of children in China are significantly higher than in other developed countries. [12]

In the 1970s we started to see lead concentrations in air, water, and soil begin to decline which resulted in reduced blood lead levels in children. However, children are still at risk for lead exposure, especially if they live in a home built prior to the 1978 ban on lead-based paint. Simply banning a product that has been in place for decades does not make the issue evaporate!

In addition, even though most water utilities are in compliance with the Safe Drinking Water Act Lead and Copper Rule of 1991, lead in water remains a concern in some areas. Public water sources should always be monitored for potential contamination. [13] According to Parents for Nontoxic Alternatives, lead is the most prevalent toxin found in water in schools in the United States. They assert there is a need to reevaluate this largely overlooked exposure source to better address childhood lead poisoning. [14]

Purdue University's Department of Earth Sciences warns that even though significant progress has been made to understand and reduce the risks of lead exposure, cases of poisoning are still unacceptably high in many areas, especially urban areas. Research has indicated the probable reason for this is due to the presence of lead (likely from old paint dust) in soil. They advise that when construction products are undertaken, a process known as "capping" the lead-contaminated soil with lead-free soil is a simple, effective method that helps reduce incidences of lead exposure. [15]