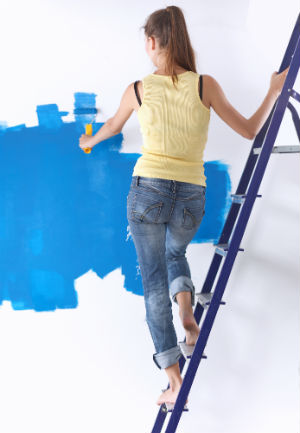 For a long time in our history, using lead to produce various everyday items was common. Largely because of how easy it was to work with. It wasn't odd to go into a well-to-do 17th-century home and eat off of a lead plate or pour water from a lead jug. Eventually people realized it was toxic, and its use declined. Flash forward to the 21st century: lead may not be in as many things, but it’s still a threat, so here are 8 horrible things you should know about this dangerous compound.

8 Facts About Lead to Know

1. There Are No Safe Levels of Lead Exposure

Back in 2012, the Centers for Disease Control lowered its threshold for lead poisoning in kids 6 or younger. While the previous limits was set at 10 micrograms of lead per deciliter of blood, this current standard only calls for 5 micrograms. Lead is highly toxic at any age at any level and young children are especially vulnerable: studies suggest that lead poisoning in kids can damage the kidneys, cause hearing loss, and even lower IQ scores. [1] [2] [3]

Because lead can’t dissipate in the body, it just builds up over time. There’s evidence to suggest that this buildup affects how we age. One study looked at accumulated toxins in bones and noted higher concentrations of lead were associated with cognitive decline in elderly participants. So what does that mean exactly? Well, risks for dementia, Alzheimer’s disease, and Parkinson’s disease go up, and liver and kidney function often goes down. [4]

3. Lead Paint is a Huge Concern in Schools

You’d think that schools would be safe from lead, but recent testing has shown elementary schools, day care centers, and even preschools are some of the worst offenders! [5] Lead-based paint was banned from the US in the late 70s, but this doesn’t mean that older constructions still don’t have it in the walls, and it’s not just administrative buildings that are a concern. Let’s hope the stricter CDC standards for childhood lead exposure can help to one day make this a thing of the past.

4. Lead Shows Up Where You Least Expect It

While it’s banned from automobile gasoline, lead is still used in aviation fuel — and lots of it. An EPA report noted that small planes are one of the biggest concerns for U.S. lead emissions. [6] This poses a threat to all health, but especially that of small children and infants. One of the worst things about this type of gas is that its exhaust is invisible, making it easy to overlook the concern. Still, that’s tons and tons of fuel that gives off a lot of nasty toxins.

Lead won’t decay over time, and it certainly won’t biodegrade. Because of this, it is a soil contaminant, and that’s not the worst of it. If lead leaches into the soil, it affects whatever’s growing in the contaminated area. [7] Root vegetables are especially vulnerable to this exposure. In one instance, a farmer’s market in Brooklyn recently sold carrots poisoned with lead. Researchers at Cornell University published the soil findings after testing the soil of community gardens in New York. It’s not just food; a New Zealand woman learned she and her family were at risk because her chickens were contaminated with the metallic compound. It seems nowhere is completely safe from lead exposure.

6. Kids in High-Risk Areas Are Not Being Tested for Lead Poisoning

While children in low-income areas typically face the biggest threat of lead poisoning, that’s not always the case. If you’re living in an older home with maintenance issues, you put yourself and your family at risk. In Ohio, for example, kids that live in these high-risk areas aren’t being tested – mainly due to lack of awareness. [8] Parents either don’t know the signs, or aren’t aware of state laws regarding testing. In all honesty, federal and state budget cuts leave them with little to no education on the subject. Testing for these children is a concern as any cognitive damage from lead poisoning is permanent. [9]

7. Government Regulations Can’t Save Us

Widespread lead dust was recently discovered in a state office building in Iowa. Makes you wonder how government regulations will save us when it can't even save itself. [10] Employees had complained of feeling sick in the past, and the Iowa legislature even had plans to rebuild the office in 2013. Those multimillion-dollar plans were vetoed by the governor who simply wanted to renovate the existing building. To recap, state officials won’t protect other state officials from lead toxins. While it’s a sad situation, it gives you a little more perspective on just how pervasive lead can be.

8. Lead is Killing the Environment

Remember earlier when I mentioned the New Zealand woman and her contaminated chickens? Birds, like humans, can feel the toxic effects of lead, and because birds are smaller, the effects can be much harsher. Often, scientists see cognitive and neurological issues; one researcher even noted lead-exposed herring gull chicks would wander into neighboring territories where they were killed. [11] Another study noted the possibility that exposed birds are more prone to collide with objects such as power lines. [12] Lead is killing our environment and our birds are, unfortunately, one of the casualties.