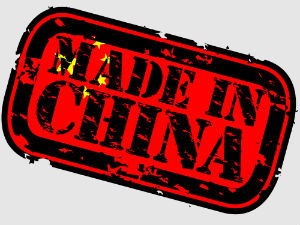 Much of China is heavily polluted and the air quality is especially terrible. Pollution levels in Beijing can sometimes get up to 20 times the limit set by the World Health Organization! [1] All this pollution could certainly be a dangerous factor when it comes to the products you buy, but it’s more than just toxic air. Many of the herbal and nutritional supplements you might get from China are produced in questionable conditions, and these products can potentially do more harm than good.

Should You Be Skeptical About Products Made in China?

1. Air Pollution in China is Off the Charts

Back in January of this year, Beijing's air quality was so poor that a certain pollutant (PM2.5) measured beyond index levels. [2] As particulates, PM2.5 can be serious because they are tiny enough to enter the lungs and blood stream directly. To put that level in perspective, the current air quality system defines anything above 150 as unhealthy; Beijing’s level was well over 500, but can’t even compare to the 755 that was recorded in the city a few years ago. [3]

If you’re buying food from China, you’re likely getting more additives than you think. The Chinese food industry currently uses about 2,000 food additives. [4] Most of those are, unfortunately, completely legal. Recently, tainted tofu was sold to local markets. [5] While the food didn’t make it to the U.S., tons of tofu sticks were bleached with the industrial toxin Rongalite to appear brighter and chewier. With a possible link to cancer, Rongalite is banned from food production for a reason!

But PM2.5 and other “traditional” pollutants aren’t the only things you have to watch out for; after centuries of mining, mercury levels can often be off the charts as well. [6] The toxic metal builds up in the air, in the soil, in the water, and, unfortunately, also in our bodies. In one province where a mercury mine was closed in 2001, almost 300 former miners suffered from mercury poisoning.

4. The Water in China is Tainted with Antibiotics

Antibiotic run-off in the water supply is also becoming a concern, with one of China's largest drug producers and poultry farmers painted as the culprits. [7] This contamination could cause antibiotic resistance in humans and damage to the ecosystem. [8] To top it off, regulations aren’t strictly monitored by local agencies, so a bad situation just becomes worse. Those farmers are also dumping bird feces! What does this mean for any herbs or produce that are given this water?

The lax standards in China sometimes allow for some suspect items. Toys with higher levels of lead and chromium can make their way over to the U.S., but there’s a glimmer of hope as some legislation has sought to catch polluters. As you can read above, though, China still has a long way to go, so think about these things the next time you pick up a Chinese product. Certainly, there are a lot of Chinese products that are fine, but just as with anything you buy, you need to make sure you’re getting a safe item.

Have you eliminated China-made goods from your life? What tips can you offer?