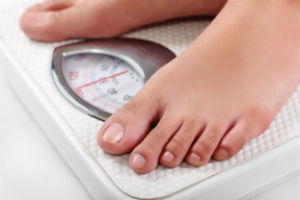 Despite being one of the most preventable conditions on the planet, obesity is, unfortunately, a hugely significant concern. According to the World Health Association, the global obesity rate has more than doubled since 1980. [1] Certainly diet and exercise can go a long way in supporting a healthy weight, but sometimes even that isn’t enough. According to government health charts, if you have a body mass index (BMI) of 30 or more, you’re considered obese. The BMI scale, however, is largely generalized and doesn’t take into account muscle weight.

What You Should Know About Obesity

Left unchecked, obesity can cause a myriad of health issues. For example, obesity may promote mental distress, heart disease, and research also implicates it in cancer. While it’s a difficult subject to talk about because we don’t really like to acknowledge it, it must be addressed. Here are 5 things you should know about obesity, including how you can fight it.

Labeling obesity as a disability is a constant debate. In fact, 88% of doctors polled through SERMO, a medical social network, disagreed with a recent European Union ruling that employers should accommodate obese workers with things like special parking spots, larger chairs, and in some cases, government services. [2] [3] Many of those doctors believe accommodations could be necessary in the case of medically-caused obesity, but Europe has gone a bit further than that with this ruling. Do you think this decision is just supporting the concern?

A recent report classed almost 30 percent of the world population as overweight, and pollution could also be contributing to that number. [4] [5] Researchers in Southern California followed over 3,000 children throughout eight years and found a tentative link between BMI, secondhand smoke, and traffic pollution. According to the report, BMI was significantly higher in children exposed to pollution and secondhand smoke. Those exposed to both doubled their risk of being obese. This new finding could challenge the view that childhood obesity is a direct product of diet and exercise.

There’s also another study suggesting polluted water is a cause of obesity. The report notes many poor, rural towns in California's Central Valley have trouble finding clean drinking water and are switching to more sodas and sugary drinks. This, in turn, is causing an increase in obesity and type-2 diabetes. [6] According to data from the Community Water Center, the water supply in one of those areas is among the most contaminated — “tainted with nitrates, arsenic, coliform bacteria, pesticides, disinfectant byproducts, and uranium.” [7]

Yes, while obesity can be damaging to your physical health, let’s not forget how it can influence your mental state. As mentioned earlier, obesity is on the rise; but, with super-sized food portions, it seems especially problematic in the U.S. In fact, over 6% of the U.S. population is classed as severely obese — that is, having a BMI of 35 or greater. For some, it might seem like obesity and depression go hand-in-hand, and the scientific community is studying that link. There’s recent evidence suggesting depression could be connected to obesity, with over 50% of those taking antidepressants classed as obese. [8]

5. Obesity is as Damaging as Smoking

While the health effects are damaging, the economic toll is staggering. A recent report estimated the global cost of obesity — mostly in terms of health care — to be 2 trillion dollars each year, roughly the equivalent cost of smoking. [9] Based on the current rate of obesity, that same report envisions that just about half of the world’s adult population will be obese by the year 2030.

If obesity is a concern for you or a loved one, I urge you not to give up. You can make small changes for the better. If you’re looking to change eating habits, consider a plant-based diet. Such a shift can significantly reduce the risk for certain medical conditions. You don’t have to go completely vegan, of course; there are lots of other options. You could try your hand at a semi-vegetarian, or flexitarian, diet and only occasionally eat meat, or there’s the ovo-lacto vegetarian diet which cuts out meat completely, but includes eggs and dairy. There are certainly other choices, but these are two great ones!