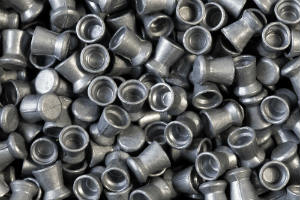 Lead is a toxic metal and lead poisoning can have really ugly consequences. Lead exposure commonly happens by way of lead based paint, the CDC has reported it as the number one cause of exposure in children. Other persons are exposed to lead dust through occupational hazards. But did you know lead exposure can cause sexual dysfunction? Or that, not long ago, multiple cases of lead poisoning resulted from contaminated flour? Here are 8 things you may not know about lead and lead poisoning.

1. Lead Exposure May Cause Schizophrenia

Researchers at Columbia University Mailman School of Public Health found that lead exposure can negatively affect the areas of the brain that are linked to schizophrenic behavior. [1]

2. Lead Poisoning Can Cause Erectile Dysfunction

We all know lead poisoning is toxic and its horrible effect is multiplied when it affects pregnant women. That said, many pregnant women take extra precautions to avoid toxic metal exposure. But what if exposure happened years prior?

Lead may stay in the bones, immobilized, for decades and only mobilized when calcium needs increase during pregnancy. This leads to pregnant women and their unborn children being at a higher risk for complications from lead exposure, including anemia, high blood pressure, low birth weight, and developmental delays. This can be extremely frightening because the length in time between exposure and effect can make evaluation very difficult. [3]

4. Lead is Toxic to Animals

The focus on lead poisoning is not limited to humans. The Department of Biomedical Sciences at Tufts University School of Veterinary Medicine reviewed 45 years worth of literature and found 70 incidences that involved cats. Symptoms of poisoning can be less apparent in animals and researchers warned that lead toxicosis may be an under recognized concern in felines. [4]

5. Lead is Toxic to People Who Eat Animals

Hunting is usually done with lead ammunition. While previously dismissed as an "unlikely source of lead exposure" researchers have more recently warned that lead bullets can fragment upon impact and particles can distribute, polluting the meat. This is a potential lead exposure risk for anyone who ingests the meat of wild game that was hunted with lead ammunition. [5]

This has been of particular concern in Greenland. Research has shown a close relationship between how often adults consume wild birds taken during hunting and measured levels of lead in blood. The situation is severe enough that lead shot is fingered as the primary source of lead exposure for persons in Greenland. [6]

6. Lead has Been Found in Children's Toys

In 2003, the Deschutes County Health Department and the Oregon Department of Human Services reported a lead poisoning incident involving a boy who had swallowed a metal trinket that was sold in a vending machine. [7]

Additionally, the Department of Chemistry at Ashland University in Ohio found, when evaluating paint scraped off plastic jewelry items, lead limits to be in excess of regulatory limits. Furthermore, these were on items intended for children! Just another reason to avoid plastic junk. [8]

In 1996, a community in Chile was the subject of a massive lead poisoning incident caused by contamination of flour. Apparently, a grinding stone at the flour mill had been repaired with lead. Unfortunately, persons under six year of age at the time of exposure had a low IQ when 10 year follow up measurements were evaluated. [9]

8. Lead May Have Killed Beethoven

The Department of Psychiatry at the University of Ottawa conducted a toxicological analysis of Beethoven’s hair and discovered high lead levels. Lead was a common, albeit illegal, additive to wine during the 18th and 19th centuries. Researchers hypothesized Beethoven may have actually died due to a combination of liver cirrhosis, lead poisoning, and kidney failure, rather than the syphilis that is often cited. [10]