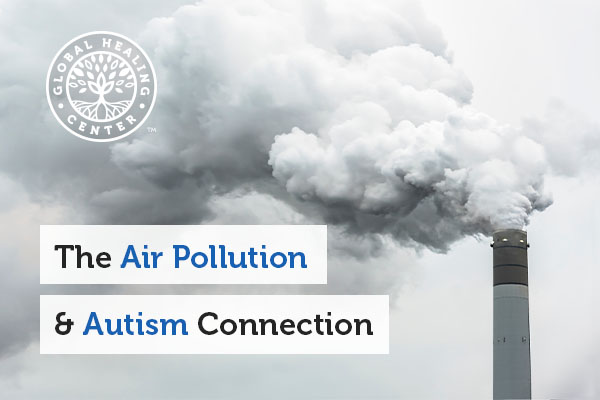 Autism Spectrum Disorder (ASD) is a neurodevelopmental disorder characterized by difficulties in social interaction, impaired verbal and non-verbal communication abilities, and repetitive and restrictive behaviors. Studies indicate that one out of 68 children have some form of ASD, and males are four times as likely to have this type of disorder as females. [1] Today, autism affects more than three million Americans and tens of millions of people worldwide. As rates of autism continue to climb, it’s becoming increasingly clear that there are a number of modern factors that may be contributing to the increase.

The Startling Truth about Air Pollution and Autism

Until recently, the cause of autism has been regarded as a mystery. Modern research has found evidence to suggest that the majority of autism cases are caused by a genetic predisposition. But according to a recent study conducted by the Harvard School of Public Health, exposure to high levels of air pollution during gestation can greatly increase the risk of developing ASD. [2]

Researchers found that children whose mothers were exposed to high levels of fine particulate pollution during their third trimester of pregnancy were twice as likely to develop autism. Their study focused on 1,767 children born from 1990 to 2002, 245 of whom had been diagnosed with autism. The researchers collected data on the pollution levels where their mothers lived during pregnancy, taking into account socioeconomic factors that can impact pollution exposure. Results found that, while there was no association between autism and pollution before or after pregnancy, high levels of exposure to pollution during the third trimester specifically doubled the chance of autism. Researchers are unclear as to exactly how air pollution can contribute to autism, but many believe that the harmful particles may interrupt brain development.

Harmful fine particulate pollution can stem from a variety of sources, including motor vehicles, fires, and industrial smokestacks. While it may be difficult to completely avoid exposure to these types of particles, experts recommend that pregnant women avoid highly polluted cities and areas with a lot of traffic. Iodine deficiency has also been linked to autism in some cases. For this reason, many medical professionals recommend pregnant women to check their iodine status throughout their pregnancy.

It is important to keep in mind that exposure to pollution during pregnancy, by itself, does not cause autism. Rather pollution, when combined with genetic risk factors, may increase risk. If a child does not already have a genetic predisposition towards autism, the effect of pollution during gestation is likely to be slight or nonexistent.