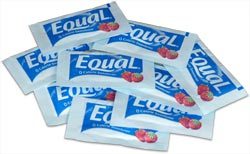 Numerous reports, campaigns, and studies have evaluated the health risks of aspartame. You may not even be aware of it, because the campaigns are normally directed at the brand name under which it is sold. Names like Equal and NutraSweet are more known as the artificial sweeteners that are often claimed to be a healthy alternative to sugar.

In fact, Phoenix Organics has gone all out in their attempt to make people aware of the dangers of artificial sweeteners. A whole section of their website is dedicated to "information on aspartame", with links to websites concerning New Zealand itself, such as products in NZ that contain aspartame, and links and references to independent research on aspartame.

"Having read the Bressler Report of the FDA and other reports on the effects of aspartame, we had the living daylights scared out of all of us," said company directors Stefan Lepionka and Marc Ellis. "We cannot believe that the New Zealand government has declared this safe in the face of such evidence."

Lepionka and Ellis are referring to the 1977 FDA's Bressler Report [1], a 76 page report containing the investigation of G. D. Searle's laboratory in Skokie, Illinois in to aspartame.

Since the release of the Bressler Report, aspartame has been the focus of several clinical studies, which have revealed possible connections between aspartame and illnesses such as headaches, migraines, brain tumors, brain lesions and lymphoma.[2][3]

In 1995, FDA Epidemiology Branch Chief Thomas Wilcox concluded that reports showed aspartame to be the cause of 75% of all reports of adverse reactions to substances in the food supply, between 1981 & 1995 [4].

Additionally, a report by the Department of Health & Human Services in 1993 entitled 'Adverse Reactions Associated With Aspartame Consumption' found a total of 92 different symptoms and health conditions reported after consuming this artificial sweetener [5]. So when Phoenix Organics say that they have "...contacted a number of groups that have been fighting to raise awareness of the health concerns surrounding aspartame…" and pledged that the company "…will do whatever it can to support the overall aim to have the government restrict and ban aspartame," you tend to believe they're going out all guns blazing.

My Thoughts on Artificial Sweeteners

It is really sad that the FDA would allow such poisons to be introduced into our food supply. It makes me wonder if it is just another ploy to create more illness and prescribe people more pharmaceuticals. As a matter of fact, aspartame is even contained in some pharmaceutical drugs.