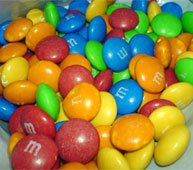 There's a reason that people are searching for, buying and growing organic produce. It's a matter of good health and supporting a clean and GREEN environment. People are finally learning the truth, that genetically modified foods are dangerous.

These genetically modified foods that chemists are "designing" are not tested over any significant length of time. They are introduced into our food supply, in our stores and often time with no disclosure requirements for labeling. Generally, they're not pulled from the shelves until they have done significant damage to consumers’ health, and usually on a large scale.

You may have heard about this, but concern for what companies are passing off to us cannot be overstated. At the start of this year, American Crystal Sugar Company bragged about breaking their company records for having the best 2 years of harvesting in 2006 and 2007. They projected similar possibilities for the 2008 sugar producing crops because of their plans to use Monsanto's new Roundup Ready® XBeet in conjunction with new pesticides and improved fungicides.

Here's the thing: In 2001, American Crystal Sugar Company along with M&M/Mars and Hershey's agreed to use natural sugar instead of the sugar from genetically engineered sugar beets. They have deceived us all and are breaking their promises - I guess they thought people would forget. Not only have people not forgotten, but they're not happy about it.

Not only do these companies use contaminated sugar but have used child slave labor for cocoa harvesting. Two major firms that dominate the chocolate industry are M&M/Mars and Hershey's. Between the two of them, they have cornered two-thirds of the chocolate market. That's two-thirds of a $13 billion industry. Key issues regarding the two companies are:

Ivory Coast cocoa farms use child slave labor in part or in whole to work their farms. The largest U.S. chocolate producer, Hershey Foods Corp seemed to know nothing of this, stating that they were "deeply concerned" & "shocked" about the use of child slave labor. Some of the candies that Hershey Foods Corp produces include: Reese's Peanut Butter Cups, Hershey's Kisses and Nuggets, and the Hershey chocolate bar.

Next time you purchase their products, think about this - would you buy a candy bar if the label said: "consuming this candy bar may cause cancer - contains sugar from genetically engineered beets, cocoa harvested by child slaves, and harmful pesticides and fungicides"?

I don't think so. It's time to send a message to these disease-causing food companies, and keep sending the message until it's heard:

How Can I Make My Voice Heard?

I've found that when companies don't listen to your words, they'll be responsive to where you spend (or don't spend) your money. If a company doesn't sell high quality environmentally friendly products, then I'm not going to buy from them.

As it stands, the numbers for organic food purchasing are increasing annually by about 20%, from as far back as 1990 [1]. And the focus on having good health and pesticide-free non-genetically modified foods is only broadening. Eventually the farmers/scientists who want to produce their toxic vegetation will notice they've lost a significant segment of their market [2].

Put Your Money Where Your Health Is

When enough people, who are concerned about their health and well-being, spend their money only on safe products, that will send a message loud and clear to these profit based disease-causing companies. Think about it: The reason grocery stores started selling organic produce and range-fed meat and poultry is because they saw that they were losing customers to health food stores and other health vendors.

Another way that you can send a message is to do just that; send an email or letter or make a phone call. Let these companies know that you're not at all interested in purchasing their products if they're going to try to poison you.

You can get more detailed information at the CrystalSugar website. The other entry you may want to review is the AG NOTES #606 [3].