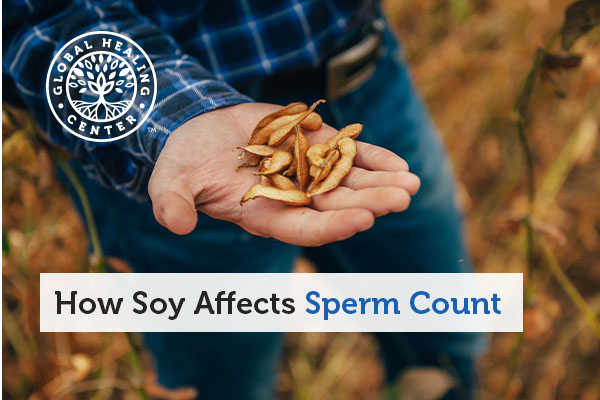 If you consume soy on a regular basis, you may want to take a look at this new study coming out of Harvard School of Medical Health and published in Human Reproduction [1].

According to researchers, men who regularly consume foods containing soy, soy milk, and soy isoflavones are more likely to suffer from a lower sperm count. Obese and overweight men are at the highest risks of decreased sperm concentration, as a result of soy consumption.

Previous studies have confirmed a decreased fertility in animals with a high consumption of soy, but conclusive data for humans is hard to come by. Therefore, researchers studied the diet of 99 men who went to Massachusetts General Hospital Fertility Center between the year 2000 and 2006. They looked at how much soy they consumed within a three month period, while simultaneously taking sperm samples.

They concluded that the men who ate soy foods in abundance, did indeed have a lower sperm concentration, approximately 41 million sperm/ml less when compared to those who did not consume any soy foods.

Researchers admit that their findings are preliminary; they are not completely sure why men who consumed soy foods had a lower sperm count. They suspect that, because soy foods have a high level of phytoestrogen, it increases the production of estrogen within their body, and may ultimately affect their overall sperm production.

It's already known that obese men naturally have higher estrogen levels [2]. Researchers from this new study are looking to find out if the consumption of soy foods may increase the estrogen level even more, perhaps even affecting their potential for reproduction.

It must be noted that there are many critics of this new study. Many people state that generations of Asian men have consumed soy foods, without experiencing fertility concerns; this new study even states that soy foods do not appear to affect the mobility or overall quality of the sperm in question.

My Thoughts on Unfermented Soy Foods

It's clear that more research is needed, before any definitive conclusion is made, but I have said for years that unfermented soy foods should be viewed with caution. The long-term benefits of soy are still unknown and soy is high in phytic acid, which can block the absorption of important minerals in certain people.