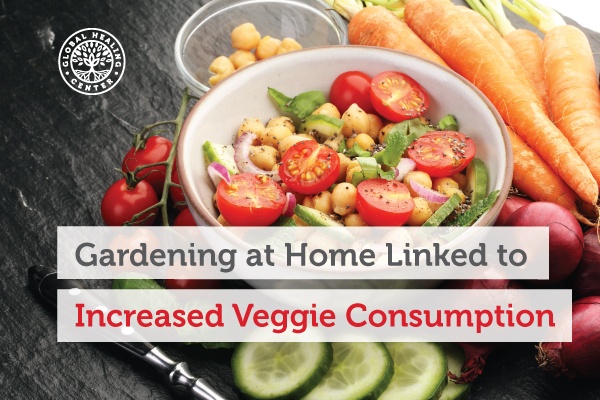 This study, published in Hort Technology, surveyed adults over the age of 50. Over 250 questionnaires were completed by adults ages 50 and older, over the course of one month.[1] The online survey was created as an effort to encourage gardening among older adults, and was part of a program involving what the researchers called "gardening intervention."

These gardening intervention programs were created as an outreach effort based on other research studies that showed the clear link between poor nutrition and early mortality and morbidity in the elderly. In fact, poor nutrition has been shown to contribute to death rates just as much as cigarette smoking. And even though older populations report eating more fruit and vegetables than other age groups studied, the research shows that more than half of the U.S. elderly population does not get even the five fruit-and-veggie daily governmental recommendation. I would even go as far to recommend getting even more than five servings of fruit and vegetables on a daily basis.

The study from Texas A&M and Texas State also looked into the fruit and vegetable eating patterns of people who tended to gardens, and those who did not. The study also considered some of the differences in fruit and vegetable consumption in elderly people who had been gardening for long periods of time, as well as those who were totally new to gardening. And while there was a clear link between gardeners and vegetable intake, the same did not hold true for fruit consumption, stated the authors of the study.

"Our results support previous studies that indicated gardeners were more likely to consume vegetables when compared with non-gardeners. Interestingly, these results were not found with regard to fruit consumption... Gardening intervention programs late in life would be an effective method of boosting vegetable and fruit consumption in older adults."

In other words, we can start, at any time in our lives, to connect to the earth, the soil and the food we eat. It may also mean that the simple act of gardening, may cause us to eat better foods, and to consequently live longer lives. It also means that we need not have large amounts of time to dedicate to the task. Any amount of gardening was found to have a positive outcome on fruit and veggie consumption.