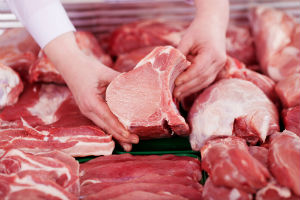 Meat in its natural state is not totally harmful. The thing is, we don't often get it in its natural state, and common preparation methods for the food makes it even worse for human health. Consider the changes that cows go through before they come to us. Questionable medications, antibiotics, pesticide laden and GMO feed…all of this can be passed on to humans.

The Concern with Meat

There’s a heated debate regarding the health benefits – or lack thereof – of eating meat. On one end, grass-fed beef may contain higher amounts of omega-3s, protein, and vitamin B12; however, meat has also been implicated in colon cancer and heart disease. [1] [2] These effects are seen in greater amounts when connected to processed meats treated with nitrates as well as those meats that have been cooked at high temperatures. [3] [4] Here’s some of the issues with conventional meat:

Hormones such as recombinant bovine growth hormone (rBGH) and recombinant bovine somatropin (rBST) are commonly given to cattle and poultry to increase meat content. [5] Steroids and antibiotics are also given to keep cows relatively free from disease, especially if they’re in confined conditions. There is also some debate that hormones in conventional livestock could be contributing to irregular growth patterns in children and even adults.

Infections are rampant because cows are kept in such close proximity to one another. So, along with the hormones, cows are fed large amounts of antibiotics to fight off inevitable infections. The trouble is, these antibiotics could be contributing to the antibiotic resistance crisis that is hitting the developing world. [6] To compound the concerns with raising cows, the calves are fed the blood and other slaughterhouse wastes from slaughtered cows to provide them with protein. Really, whatever health concerns the cow may have had (worms, cancerous tumors) is recycled back into the next generation of cattle, pigs, and chickens.

If all that isn't bad enough, there is food stuffs called "rendered" food, which is what people feed to their pets. It's also stuff that's fed to livestock, which means it winds up in your supermarket, then on your plate, and ultimately inside your body. Rendered food is produced from the cooking of dead and sometimes rotting animal carcasses. [7] The animals include cattle, pigs, chickens, and whatever else that inadvertently gets caught in the mix. And it includes whatever is in and on the animals already, like antibiotics, euthanasia chemicals, pesticides, and so much more.

The best strategy to protect your health is to reduce or eliminate meat from your diet. If you must eat meat, choose varieties that are grass fed or free range, and purchase from local farmers you can trust. The argument for wild game makes a lot of sense but, because of environmental pollution, even that has its risks. [8]