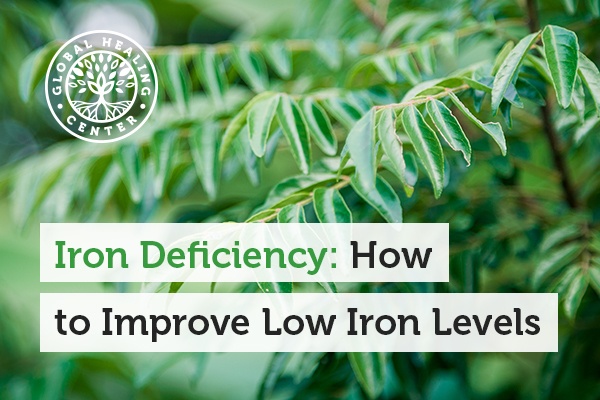 Iron deficiency knows no borders, it's common throughout the world and in all economic classes. According to the World Health Organization, an estimated 30% of the world's population has an iron status that is considered below normal. This may seem like a wildly inflated or inaccurate figure, but healthy adults only store about 3-4 grams of iron in their bodies. This is an incredibly small amount of this essential element and the loss of just a few extra milligrams every day can quickly add up to an iron deficiency.[1]

In much of the developing world, iron deficiency is typically the result of harmful organisms, acquired immunodeficiency, and other health issues. In more developed areas with sanitary water and working conditions, this deficiency is more likely to result from diet, pregnancy, or blood loss. Because of this, iron deficiency can be both a condition itself and a symptom of other conditions.[2]

To address nutritional deficiencies like low iron status, a doctor or medical professional must first identify the deficiency and then determine what might be causing it. Typically, you would simply consume more of the missing nutrient-for example, from foods rich in iron or iron supplements to make up for the deficiency. Iron is a bit more complicated than other essential nutrients, though. Too little iron is a concern, but high iron levels can be equally troublesome as too much iron can cause oxidative damage. You must aim for iron homeostasis to keep yourself healthy.

Iron Distribution in the Body

Iron is regulated and stored in minuscule amounts. The mineral is primarily involved in oxygen transport in several different processes throughout the body. Under normal circumstances, iron is securely attached to proteins to keep it from reacting with other molecules in the body and generating free radicals.

The vast majority of iron, about 70%, is stored in your red blood cells in molecules of hemoglobin. Myoglobin and some enzymes account for another 15%. Ferritin and transferrin, which are proteins that store and transport iron, contain the remaining 15%.[3]

What's the Difference Between Anemia and Iron Deficiency Anemia?

In general, this deficiency is the result of an iron imbalance. You're either not ingesting enough iron or you're losing too much iron through your sweat, urine, stool, or blood loss. Insufficient iron intake or iron stores inhibit the production of healthy blood cells which decreases the amount of oxygen circulating throughout your tissues.[1, 5]

Medical tests are necessary to confirm iron deficiency. A normal hematocrit reading, the number of red blood cells in your blood, runs from 35-50%. You also might have your ferritin assessed to establish how much iron you have in reserve to generate new red blood cells. A ferritin level below 20 mcg/mL indicates an iron deficiency.[5]

There is a wide range of factors that influence your iron status, but in the developed world, the top causes are malnutrition or iron depletion.[6]

You may not notice you have an iron deficiency until a medical professional runs a blood analysis and sees your hematocrit reading is lower than ideal. Others may experience the classic symptoms associated with iron deficiency anemia. These telling symptoms indicate that you aren't getting enough oxygen to your cells to support normal cellular function and metabolism.[7]

Populations at Risk for Iron Deficiency

Specific populations are more at risk for developing iron deficiency due to a variety of factors. Women of childbearing age typically lose more iron than other populations, while pregnant women need more iron to support increasing demands for oxygen for both mom and baby. Those with internal bleeding in the stomach or intestines are also at greater risk for developing an iron deficiency. Gastric bypass also affects the amount of iron the digestive system is capable of absorbing.[9, 10]

Vegans and vegetarians can develop iron deficiencies if they avoid healthy foods like grains, beans, and leafy greens. However, most vegetarians consume more iron and other micronutrients than non-vegetarians.[11]

Even with an iron-rich diet, you might inexplicably develop low iron levels. That's because some foods affect its bioavailability. Some foods or nutrients enhance iron absorption, namely vitamin C-rich foods like bell peppers and citrus fruits. Others foods and nutrients bind to the iron in your food during the digestive process and prevent your intestines from absorbing it. Here is a list of the foods and nutrients that inhibit iron absorption.

To be clear, you don't have to avoid these foods altogether. Just leave a two-hour buffer between eating your iron-rich meals and the foods listed here. This buffer ensures that you can enjoy your cup of green tea without accidentally inhibiting iron absorption.

How to Improve Iron Levels

Maintaining normal iron levels is a delicate balance. Eating a diet rich in the top vegan sources of iron is essential to provide your body with the iron it needs. Even better, nonheme (plant-based) iron absorption is significantly more easily regulated by the intestines. It can increase absorption when you're deficient, or block absorption when your hemoglobin levels are normal and your iron storage is optimal.[12] That's why we formulated our new iron supplement with completely plant-based iron from curry tree leaves. Iron contains the ideal form of iron for you body to address iron deficiency while avoiding iron overload.