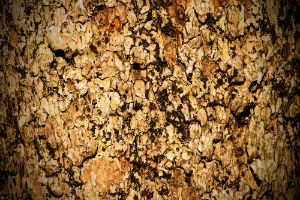 Pygeum herb is derived from the bark of the special evergreen­ tree called Prunus africana that grows in mountainous regions of Sub–Saharan Africa. The herb might have been known among natives of southern Africa – having used it to support the bladder and urinary tract – as early as the 1700s. The botanical term Pygeum, of Greek origin, means "buttock," mostly because of the rounded shape of the fruit. Researchers have discovered a few key phytochemical constituents (phytosterols, triterpenes, and ferulic esters, just to name a few) inherent to Pygeum that are believed to produce the majority of its therapeutic benefits.

This incredible, ancient herb may reduce swelling and provide protection to the body via its high concentration of antioxidants. Pygeum extracts have been used therapeutically since the 1960s in Europe and North America for various prostate issues, particularly benign prostate hyperplasia (BPH) and prostate cancer. Although Pygeum plants bear fruit, the bitterness deters most animals away from consuming it. [1] [2]

Pygeum Bark and How It Benefits Prostate Health

An extensive analysis of Pygeum bark published in the 2002 Cochrane Database Systematic Review looked at 18 double–blinded, randomized, placebo–controlled trials that were conducted with over 1,500 male study participants with benign prostatic hyperplasia (BPH). Researchers assessed the results of the studies based on urological symptom scales, nocturia (night urination), and urodynamic measurements (peak/mean urine flow and prostate size). Patients supplemented with Pygeum experienced a moderately large improvement (more than double) of overall symptoms as compared to the placebo groups, with little to no side effects noted. [3]

An efficacy/safety study of Pygeum extract intervention in 50–75 year old men with BPH was published in a 1998 issue of Current Medical Research & Opinion. The purpose of the 2-month study was to assess if any improvements in multiple urinary symptoms and quality of life (QOL) were gained. Participants were assessed immediately after the study and again one month post ­study. Even after ceasing Pygeum supplementation, participants were found to have maintained all the benefits of the prior Pygeum intake. [4]

Two investigational studies by the same lead researcher set out to isolate and determine potential therapeutic compounds and mechanisms of action of Pygeum africanum herb on prostate maladies such as prostatitis, BPH, and prostate cancer. Researchers discovered that a compound inherent in Pygeum called atraric acid imparted therapeutic properties in relation to prostate diseases. Atraric acid was found to inhibit transport of androgen signals that induce cell growth in the prostate, thereby reducing prostate growth.

This mode of action may also target prostate cancer cells, specifically both LNCaP (androgen dependent) and C4­2 (androgen independent) cells. Atraric acid also inhibits expression of the cancerous gene in prostate cells. Another compound called N–butylbenzene­sulfonamide (NBBS) was also shown to work via blocking androgenicity thereby inhibiting potential harmful effects. Additionally, Pygeum extract has been shown to promote apoptosis, or cell death, of prostate cancer cells. While this is by no means the be-all and end-all of prostate cancer solutions, this research does point to a viable link between natural plant compounds and whole body health support. [6] [7] [8] [9]

As can be seen from some of the impressive research studies that have been conducted on Pygeum bark, this revered herbal compound may prove very effective in many future approaches to prostate health. If you're thinking about taking the bark and similar plant extracts, consult with your doctor to see if the herb is right for you. For full prostate support, it may be helpful to take Pygeum along with other herbs that are known to support prostate health, like saw palmetto, stinging nettle, and turmeric.