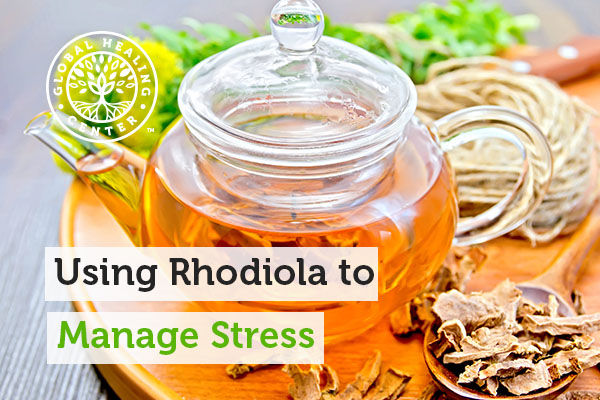 Mental wellness is the cornerstone to optimal health, because it’s your thoughts and emotions that influence the state of your body. Epigenetics shows that our emotions play a powerful role in dictating the health of our cells, and some research shows that emotions have a way of influencing the expression of certain genetic tendencies. Mental imbalance is a serious debilitating issue that can undermine your nutrition and fitness efforts, so finding natural ways to approach it is paramount to good quality of life. Rhodiola rosea is an herb is one such natural approach that shows promise for lifting mood and managing anxiety, stress, and cognitive support. In addition to uncovering the root cause of these symptoms, you may wish to incorporate this powerful plant into your daily mental wellness plan.

A Natural Approach to Mental Balance

Rhodiola rosea has become increasingly popular in the West, particularly for supporting physical and mental endurance.[1, 2]A recent 2015 study examined Rhodiola and found that supplementation with the herb improved self-reported symptoms of stress, anxiety, and mood disorders.[3] While this study was not controlled with a placebo, researchers note that the results were unlikely to be the placebo effect in that the improvement gradually changed instead of being instantaneous following supplementation.

Another recently published study showed improved stress tolerance in silkworms following intake of Rhodiola extract.[4] It also altered the concentration of glutathione, a powerful antioxidant known for its protective effects against free radicals. In addition to these benefits, Rhodiola also extended the lifespan of the worm, giving nod to its potential in the field of anti-aging. While clearly a small glimpse into its benefits (silkworms and humans aren’t exactly the same biologically), it reinforces past research in both humans and animals that the herb may reduce the stress response and improve overall quality of life.[5]

How to Manage Stress Naturally

Stress is a natural aspect of life, and without it we wouldn’t be able to handle certain situations appropriately. The key is to manage the stress you have so that it doesn’t overtake your life. One of the key ways to reduce the stress response is to exercise. This natural (and free) component of a healthy lifestyle helps you exert excess energy that may be causing undue stress, anxiety, or mood-related symptoms. It also helps to increase energy in the long run, boosts endorphins, and improves critical thinking skills.[6] Meditation is also a powerful way to silent the incessant “chatter” that comes with overthinking. Proper nutrition is also important for receiving vital nutrients needed for brain health, so be sure you’re eating a mostly raw, plant-based diet with a variety of foods.