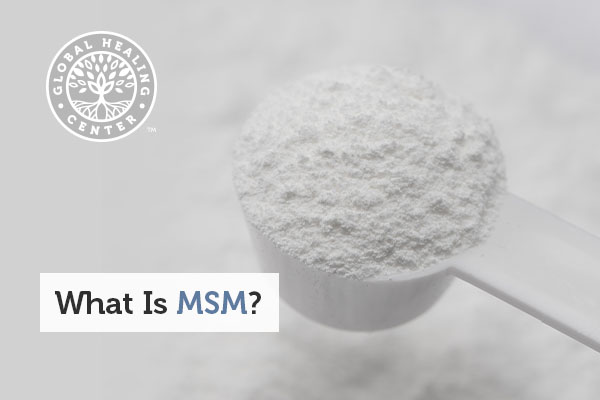 Methylsulfonylmethane (MSM) is an organic sulfur-containing compound that occurs naturally in fruits, vegetables, grains, animals, and even humans. MSM has earned a lot of attention for its use as a nutritional supplement. This is due to MSM’s reputation as a potent antioxidant booster that is believed to resist oxidative damage and swelling, especially after exercise and strenuous activities. [1]

The University of Memphis Department of Health and Sport Sciences conducted a 28-day study and reported that MSM may enhance exercise recovery. Participants were healthy men who were acclimated to exercise. The study reported that participants who took MSM prior to exercising experienced less soreness and less fatigue after exercising. Additionally, researchers observed increases in the participants’ total antioxidant count. [2]

Similar research was conducted in Iran and similar results were observed. Subjects who participated in a 10-day supplementation with MSM were observed to have higher antioxidant levels. Researchers determined the increase in antioxidants was the reason for the also observed reduction in exercise-induced muscle damage. [3]

A Spanish study even evaluated the effects of giving MSM to horses that had competed in jumping competition. Conclusion? Horses too can experience the soreness-inhibiting, redness-resisting, antioxidant-boosting benefits of MSM. [4]

The inquiries into the benefits of MSM have not all been related to exercise. Nutritional supplements are commonly used as therapies to address symptoms of degenerative bone and joint conditions and a large amount of the attention surrounding MSM is specifically centered around its use in that capacity. The Department of Orthopedics at Israel’s Assaf Harofeh Medical Center designed a randomized, double-blind, controlled clinical trial in which subjects reported an improvement in osteoarthritic symptoms following 12 weeks of MSM use. [5]