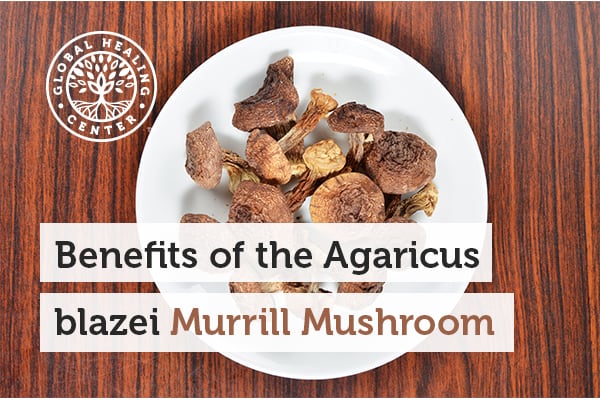 Agaricus blazei Murrill is an edible Brazilian mushroom with a low-calorie content and high nutrient density. The mushroom, which originates in a small Brazilian village called Piedade, contains minerals, fibers, vitamins, and amino acids. In 1960, a Japanese researcher named Takatoshi Furumoto discovered the mushroom and sent it to Japan to be evaluated. The analysis shows that AbM has a higher degree of protein and carbohydrates than most other mushrooms. Despite the nutrient activity, most of the excitement and interest surrounding the Agaricus blazei mushroom are related to its medicinal qualities.

One of the incredible attributes of ABM is that it activates your body's natural defense by stimulating your immune system. Agaricus blazei Murill has been used in traditional medicine to address the formation of many infectious diseases, most probably by cranking up the defenses. Lab mice given AbM have been observed to experience stimulation to their immune cells. [1] That observation wasn't just a fluke, additional studies across the world have confirmed the immune system supporting tendencies of the Agaricus blazei Murill mushroom. [2] [3] Very encouraging revelations came from research conducted by China Medical University. There, researchers watched as AbM extract stimulated the immune system and response in mice with leukemia. [4]

The immune system activation of AbM may also be useful for systemic redness and swelling. Medicinal mushrooms often contain compounds called polysaccharides which help modulate the immune system. Beta-glucans are a type of polysaccharide and AbM has lots of them. [5] Confirming AbM's resistance to inflammation, one study showed that an extract of AbM has been shown to promote a normal, healthy immune response in subjects after just 12 days. [6]

The Centre National de la Recherche Scientifique examined the effect of AbM extract on obese rats. It was observed that when the rats on a high-fat diet were given AbM, it offered a protective effect against weight gain. Furthermore, rats given AbM supplementation expended more energy by, literally, moving more. In effect, this activity burned more calories and could partially explain the suppression of weight gain. This underscores a potential place for AbM in the spectrum of tools to promote healthy body weight. [7]

Does Agaricus blazei Murill extract improve liver function in patients with hepatitis B? The Department of Chinese Medicine at Taipei Hospital engaged in a one year study to answer that question. Observations suggest that, indeed, AbM extract does offer potential benefit for patients with hepatitis B in terms of normalizing liver function and hopefully more inquiries will follow to fully understand this. [8] Additionally, clinical tests have suggested that supplementing with AbM extract may improve insulin resistance in some persons with diabetes and help alleviate the damage of oxidative stress. [9] [10]

Remember the polysaccharides I mentioned earlier? Well, the beta-glucans in AbM help it play an important role in promoting the growth of protective cells, which helps assists the chemical and toxic metal detoxification process. AbM is an important ingredient in my Detox Foot Pads™ and the chemical and toxic metal cleansing product Heavy Metal & Chemical Cleanse because of this.

It's no surprise AbM can help cleanse toxins, AbM is great against bad stuff. Research by the Department of Gastroenterological Surgery at Ulleval University Hospital in Oslo Norway indicates it may even be useful against some harmful organism infections that affect humans. [11] There is a tremendous amount of information surrounding not just AbM, but medicinal mushrooms in general. It's an interesting subject and these things can be powerful, I encourage you to look more into the effects of the Agaricus blaze Murill mushroom and evaluate if it may benefit any aspect of your life.