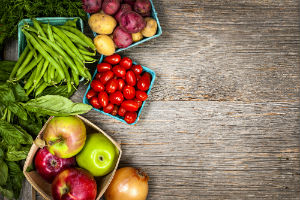 Although they are extremely toxic, organophosphate pesticides remain some of the most commonly used insecticides today. A variety of fruits and vegetables are regularly treated with organophosphates, including green beans, apples, grapes, and peaches.

The Dangers of Organophosphate Pesticides

This highly toxic type of pesticide has been linked to numerous health concerns, including reduced testosterone, leukemia, and Parkinson’s disease. Organophosphate pesticide exposure may also be associated with attention and developmental disorders in young children.

According to a recent study, adults may greatly reduce their exposure to organophosphates by eating organic produce. [1] The study found that people who eat organic, even occasionally, tend to have significantly lower levels of pesticides in their system.

To conduct the study, scientists gathered data on the dietary habits of more than 4,000 people living in different cities in the US. They collected information on the frequency with which participants reported eating organic foods, as well as the different types and amounts of produce eaten. To calculate pesticide exposure, scientists compared typical consumption of certain produce items with their average pesticide residue levels.

The study only reconfirms existing theories about the benefits of eating organic fruits and vegetables to reduce pesticide exposure. This is particularly important for fruits and vegetables that typically are treated with more pesticides. Produce such as apples, strawberries, celery, grapes, and bell peppers tend to contain a lot of pesticides, while avocados, pineapples, and sweet corn are generally lower in pesticides.

How to Avoid Pesticides

Buying organic foods can be pricey, making it difficult for those on a smaller budget; however, going organic can be more affordable if you shop at local farmers markets, join a Community Supported Agriculture program, and purchase produce in season. While you can limit the amount of pesticides you are consuming through your diet, there are some pesticides that linger in the air. In this case, you may want to try methods for supporting your lungs.