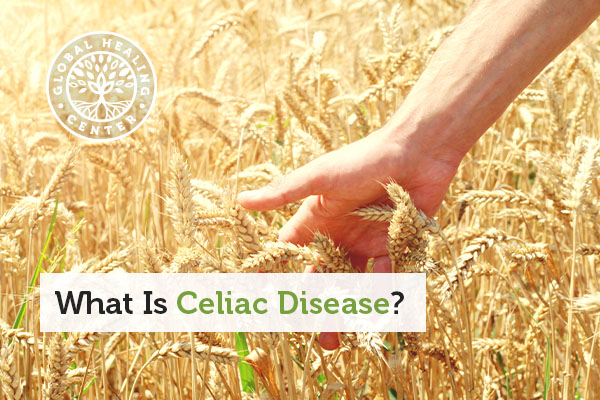 Celiac disease is an allergy to dietary gluten. It affects individuals who are genetically predisposed to the allergy and differs from gluten sensitivity, as celiac disease elicits within the body a very defined response to gluten. [1]

When gluten enters the small intestine in an individual with celiac disease, the body initiates an immune response. The cause of the response has been identified as gliadin, one of two proteins that comprise gluten. The autoimmune response gliadin triggers creates intestinal redness and irritation.

Left unaddressed, celiac disease can cause serious complications. What's the best way to address celiac disease? Avoid gluten. A gluten-free diet can prevent the allergic response and has been observed to reverse many of the concerns associated with celiac disease.

Celiac disease results from a genetically-induced allergy. Foods that contain gluten trigger the immune response and include cereal grains such as wheat, rye and barley contain gluten. Be aware that many processed foods contain gluten to enhance flavoring and protein content.

Symptoms of celiac disease can be identified in one of two categories. The first consist of the intestinal symptoms – bloating, abdominal pain, diarrhea, steathorrea, flatulence and Irritable Bowel Syndrome. The second category of symptoms consists of health and medical complications resulting from regular gluten consumption. Common complications associated with celiac disease include dermatitis herpatiformis, osteoporosis, weight loss and fatigue. Recent research has associated gluten consumption to additional chronic, and in some cases very serious, medical conditions.

Studies have found individuals suffering from Celiac Disease present brain abnormalities and damage to the nervous system. [2] Lesions similar to those found on patients with ALS (amyotrophic lateral sclerosis) have even been observed. [3]

Headaches and migraines can occur with regular frequency as a result of damage to, and the malfunctioning of, the nervous system. [4]

Damage to the brain and nervous system resulting from autoimmune response to gluten consumption can manifest in the form of seizures. [5]

Male children who develop with Celiac Disease have been found to attain a shorter stature than their peers. There is good news. For boys who have Celiac Disease that adhere to a gluten-free diet, ‘catch-up’ growth can occur. [6]

Celiac Disease has been associated with other serious concern, including hearing concerns, inadequate nutrient absorption and early onset cardio vascular disease.[7] [8] [9] Ultimately, if celiac disease is even suspected, a medical evaluation should be sought.