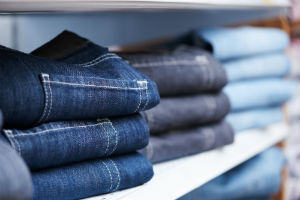 Toxins are pretty much commonplace in this day and age. While we all wish that this wasn’t the case, we also can’t ignore that these destructive compounds are all around us. Fortunately, we have options to protect ourselves, with cleansing being one of the best for eliminating toxic buildup.

Food, air, and water are three of the biggest sources of toxins for humans and animals alike... and for most people, this isn't much of a surprise. However, they're not the only sources of toxins. There are some sneaky ways toxins can infiltrate your life, and knowing these sources could help you drastically reduce your exposure. That said, here are 10 crazy sources of toxins you’d probably never expect.

1. The Rich Side of Town

If you live in a wealthy area, you probably don’t expect to live in a toxic environment; however, recent soil tests found arsenic, toxic metals, and cancer-causing polychlorinated biphenyls (PCBs) across Greenwich, Connecticut, an affluent town in New England. [1] The presence of banned PCBs and other pollutants raises serious concern, as the town was once home to a trash incinerator and a coal plant. Since burning trash introduces nasty toxins, any area with an incinerator — current or former — is at risk.

Do you know what was used to dye your jeans? If you don’t, you should look into it. Known to cause cancer, toxic azo dyes have been banned or restricted in many parts of the world. [2] While the Australian government recognizes the danger (the country’s Federal Health Commissioner even classed azo dyes in the same category as strychnine, cyanide, and arsenic), chemical laws haven’t caught up and imported products might still use the dyes. In 2014, Australian retailers recalled jeans that might contain the dyes. [3]

At one time, almost 90 percent of tires ended up in U.S. landfills where they would take up space, randomly burst into flames, or collect water and breed mosquitoes. Now, many of our scrapped tires are ground up into tiny pieces. Crumb rubber — essentially tire mulch — is found in school playgrounds. In theory, recycling tires to keep them out of landfills makes sense, but many studies suggest a highly-toxic situation. [4] [5] As rubber mulch decomposes, dangerous toxic metals and cancer-causing poisons are released, putting children in danger.

In late 2014, the Ecology Center tested almost 70 different holiday decorations. Of those, almost two-thirds were loaded with toxic chemicals. [6] All of the items were from big chain stores (Walmart, CVS, and Target), which makes exposure to the discovered toxins like lead, phthalates, and flame retardants more likely. Holiday products aren’t well tested before sale! [7]

In 2011, the FDA identified several toxic chemicals in pizza boxes, including perchlorate. Studies suggest that perchlorate is linked to thyroid concerns, possibly contributing to lethargy, weight gain, and the decreased quality of life. Other research shows that perfluorinated chemicals (PFCs) could damage male reproductive systems. [8] [9] While U.S. manufacturers have stopped using the chemicals, a new petition from several consumer and health groups is urging the FDA to block the import of boxes from China and India, which may still contain these dangerous compounds. [10]

Believe it or not, carpet is a big health concern. That new carpet smell is usually the smell of chemicals you could do without. For example, while U.S. retailers no longer use PFCs to make carpet stain repellent, imported products sometimes do. Backings could use triclosan (an antimicrobial) or even vinyl plastic, both of which are linked to health concerns. [11] [12] Replacements for PFCs are also likely problematic; after all, it’s just replacing one toxin for another.

I want to talk a little more about crumb rubber I mentioned back in number three. Not only will you find a form of crumb rubber at the playground, but it’s also commonly found on the sports field. Many schools add it to fake grass because it’s a “safer” surface than grass or dirt alone. More and more teenage athletes, however, are reporting health issues — sometimes life-threatening ones — after coming into constant contact with these surfaces. Of particular concern are soccer goalies who often end up with particles of the rubber – which can contain benzene and lead, among other toxins – in their noses, mouths, and eyes after dives.

Recently, the government introduced more bans on lead in household items and wants to, hopefully, stop the use of it in fishing lures. The toxin is sometimes used in sinkers and other fishing gear. The proposal is part of a three-year study that just got underway by California’s Department of Toxic Substances Control, part of the EPA. [13] While this study could lead to a much-needed federal ban, it will be a while before we know the final decision.

A new study says that heavy road salting is contributing to rising chloride levels in streams. [14] The U.S. Geological Survey studied water quality at streams in or around metropolitan areas and found that almost 30 percent exceeded EPA limits. These heavy concentrations pose a threat to our environment and our health. One solution already in place is simply cutting back on salt use. Not only does this lessen the environmental threat, but also saves money by cutting back on corrosion. It’s such a simple thing, but what a difference it could make.