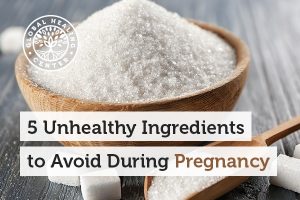 If you're pregnant, you want to assure that your developing child is receiving only the very best. One way to do this is to consume as much natural, plant-based foods as possible. Unfortunately, there are many different theories about what foods constitute a good diet. It may be simpler to understand what to avoid while pregnant. Use this post as a guidance system for creating your own diet for you and your baby.

Agribusiness has separated us from the sources of our food and has adulterated it so that what our grandparents consumed bears little resemblance to what most people eat today. A huge number of ingredients in today's foods weren't even in existence a few years or decades ago. Consider artificial sweeteners, like acesulfame potassium, aspartame, and saccharin. Many of these ingredients are hidden under generic terms and can be consumed very easily if you aren’t paying close attention to what you’re eating.

What Should You Look Out For?

A diet based on unnatural substances or processed foods is probably best to avoid at all costs. To keep it simple, stay away from any prepared, processed foods. This means you should avoid virtually all the stuff that supermarkets sell as food and stick with real foods from organic farms. You can also simply shop around the perimeter of your grocery store, sticking to produce sections, bulk bins, and the dairy and meat cases. This shouldn’t be applied just to women who are pregnant, however, as everyone benefits from choosing natural, whole foods.

Aspartame is potentially devastating to a fetus, not to mention the mother. One study has documented that the offspring of rodents suffer far more cancer of the liver and lungs when their mothers are fed aspartame. [1] Aspartame is also an excitotoxin, meaning it excites neurons to the point of death. It's a neurotoxin that's been shown to compromise learning and emotional function, critical elements for maintaining a high quality of life. [2] Aspartame is metabolized into formaldehyde, a poison that binds to bodily tissues. [3] Do you really want this happening when carrying a baby inside of your body?

Neotame is similar to aspartame but stronger in both sweetness and toxicity. The FDA, of course, claims that it's safe. Despite FDA’s leanings, a review in the journal Regulatory Toxicology and Pharmacology documented that those studies have inappropriate endpoints. Therefore, the truth is that neotame has never been shown to be safe. [4]

When it comes to sweeteners, you should use only natural alternatives. The safest natural sweetener out there is stevia, and then only if it's in its truly natural form. That is, use stevia only if it's in the form of the natural leaf, the dried powdered leaf, or an extract.

Keep your use of real sugar to a minimum as it results in consistent blood sugar and insulin spikes that can, over time, lead to diabetes and predispose your infant to the same thing. Other natural sugars, such as agave and corn syrup, should be limited completely because they contain a high level of fructose, a monosaccharide which is harmful to the liver. [5]

Honey is a bit more complex. As a rule, it's an excellent sweetener which may provide significant health benefits as long as it's eaten in its raw form. The downside is that honey's sweetness is due to fructose and glucose. Therefore, too much can have some harmful effects, especially for individuals with insulin insensitivity issues. So go ahead and enjoy some raw honey, but do so in moderation. Organic maple syrup is also a viable option, containing a lot of antioxidants. In spite of the benefits, maple syrup is still a sugar, making it advisable to take only in small amounts.

It may be wise to avoid any and all genetically-modified (GM) foods when pregnant. Genetically-modified foods are foods that have been produced in a lab through the insertion of genetic changes within the DNA. This is often done to improve the hardiness of a crop against the elements and harmful insects. While the idea is a noble one, its effects on human health have been consistently shrouded in controversy. [6] [7] Although they certainly aren't healthy any other time, during pregnancy they can be disastrous. Most of the offspring of rats fed Roundup Ready soy died before they were three weeks of age. Very little of what is consumed is blocked by the placenta, therefore you must assume that any food that can produce effects in the mother can also happen in the fetus.

Avoiding GM foods can be difficult, but the task is not impossible. Anyone in the United States should avoid all foods from most restaurants. Nearly all prepared foods from supermarkets contain GM ingredients if not organic. The only sure way to avoid GM meat, vegetables, or fruits is to choose only organic. Even if a particular crop isn't genetically engineered yet, the odds are high that it will be soon. The Non-GMO Shopping Guide can help you refine your search for non-GM foods.

Foods that have been processed before you purchase them are nearly always questionable when it comes to health. Aside from the fact that they usually contain genetically engineered foods, they are nutritionally deficient because most of what's in them consist of processed grains and laboratory-produced chemicals, not real food. Therefore, you should avoid most products sold by supermarkets and virtually all foods from fast food outlets and most restaurants.

Pesticides and herbicides used in modern farming are poisons. Their main, sole purpose is to kill. The National Pesticide Information Center's website page starts with the sentence, "All pesticides have some level of toxicity and pose some risk during pregnancy." Notice that they didn't state that "most" pesticides are toxic and risky during pregnancy. They stated that ALL of them carry a threat. Therefore, you need to be sure that even fresh foods are free of pesticides.

How can you do that? There is only one reasonably sure-fire way: eat only organic foods. All other foods will almost surely have been treated with pesticides or herbicides while they were growing. You cannot expect to remove pesticides simply by washing, as some pesticides can latch onto a plant and resist methods of water-based removal.

As an expectant mother, you have the final say as to what you decide to eat. All mothers know intuitively that they need to consume a healthy diet in order to produce a healthy child, yet many can find it difficult to adhere to a strict meal plan that doesn’t include their favorite craved foods. While it may be OK to have a treat every now and then, it’s also wise to balance this with a hefty amount of raw vegetables, nuts, seeds, and other plant-based foods in order to offer the much-needed protection you and your child requires.