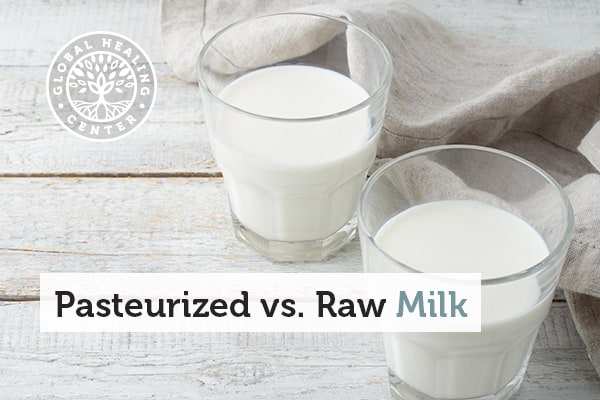 Since the early 1930's our government has been "protecting" us from the "dangers" of whole, raw milk. How do they do this? By killing the whole, raw milk by pasteurizing it! Interestingly, pasteurization also increases the shelf life of milk, making it much easier to mass-market, maximizing profits for the dairy industry. Real milk comes from real goats or cows that are allowed to graze in toxin-free pastures. Besides tasting great, raw organic milk is a precious, life-giving food. But extreme temperatures used to pasteurize ("cook") the milk can render it life-depleting. Pasteurization destroys almost all of the nutritive value of cow's milk. The milk everybody drinks today is far from whole, and in my opinion is not ideal for human consumption. Pasteurization also destroys beneficial bacteria found in raw milk [1]. It kills the natural enzymes and destroys the chemical make-up of calcium in raw milk. Calcium is vital to the growth and health of children. Pasteurization has been implicated in everything from allergies to heart disease to cancer. Truly, the resulting product after pasteurization is not raw and living, but rather "killed and dead."

Raw Milk: Why the Fuss? 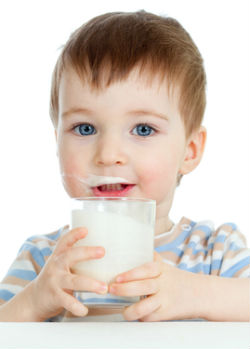 The fuss about raw milk has to do with pathogens - organisms that can cause diseases such as Salmonella. But whether or not raw milk carries pathogens depends on the way the milk is produced, how the animals are fed, and the care that's taken to keep the milk clean during production. Today's pasteurized milk comes from cows crammed in cages loaded with synthetic hormones and antibiotics. Homogenizing purposely destroys raw milk's natural butterfat to separate and hide the cream from the consumer. European studies show that this is dangerous and may cause heart disease [2]. Of course our FDA disputes this. Homogenized milk is quite unnatural! Back in the 20's Americans could buy raw, clean, grass-fed milk and cheese – and at that time milk-borne diseases were rare. Can you believe that suppliers of organic, raw milk today are required to display the words "Not fit for human consumption"? It's true! I firmly believe that true health starts in the colon. Raw milk contains the milk sugar "lactose" in its purest form and lactose aids in digestion and elimination. And organic, raw milk is the only food that has it in a usable form! I do not consume animal milk, but, if I did, I would only consume raw goat milk.

The Nutritional Benefits of Raw Milk

Here's just a sampling of the nutritional benefits of raw, organic milk

A Historical Look at Raw Milk

Humans have consumed raw milk, long before the pasteurization process began. Here's a look at the history of raw milk and how it was used for many generations before ours. [8]

How to Find Raw Milk

There's a huge demand today for organic raw milk and milk products. That's because people are becoming more aware of the life-giving benefits of raw milk. But dairy farmers who have been supplying raw organic milk to consumers are increasingly at odds with local and state government, who are oblivious to the adverse effects of pasteurization. In California, Governor Schwarzenegger signed legislation requiring pasteurization of all raw milk in California. Fortunately, an abundance of small organic farms across the country are willing to continue to stick their necks out and sell raw organic milk, and raw organic milk products like cheese, butter and yogurt - in spite of the risk from the long arm of the FDA. To find your own local source of raw organic milk check out The Weston A. Price Foundation, as well as RealMilk.com. Or you can share part "ownership" of a healthy organically fed cow or goats. You just split the cost with other folks and the milk becomes yours, and thereby legal to drink! Believe it or not, some people are forced to skirt the law by claiming it's for their pets! In the meantime, it's best to follow the advice of one of the pioneers of the natural health movements in America, Dr. Paavo Airola:

"If you cannot get high-quality milk, raw and unpasteurized, guaranteed to be from organically raised animals and 100% free from chemical additives, drugs, detergents, and insecticide and herbicide residues, then you will be better off to omit milk and milk products from your diet." [12]

As a vegan alternative, try drinking organic nut and seed milk. My favorite is hemp milk.