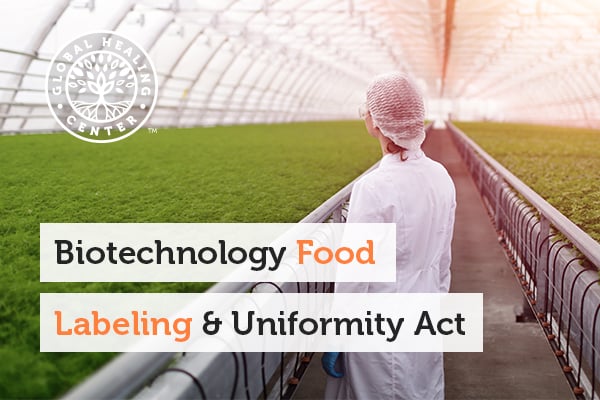 The trend toward GMO foods represents a major shift in our country’s nutrition. Tests are still ongoing, but many consumers consider GMOs to be a threat to their health. Recognizing this, our nation’s senators have elected to support the consumer’s right to choose or avoid GMOs. Today, the Senate voted to block a GMO-friendly food labeling bill that was snuck into the Senate by Senator Pat Roberts (R-KS). This bill would have allowed, but not required, the producers of GMO foods to label their products. Fortunately, these requirements were upheld.

Voluntary labeling won’t do much for the American consumer, but it does allow GMO-peddling companies to lurk in the shadows without accountability. Many of us make a conscious effort to avoid GMO products, so for major GMO proponents like Monsanto, this would have been a huge victory. When GMO products are clearly labeled, wellness-minded consumers tend to avoid them. Without clear labeling, consumers lose their ability to make informed decisions about the food they eat. Let’s take a closer look at what was contained in this bill.

In late February, Senator Pat Roberts submitted the GMO food labeling bill to the Senate. The bill contained a proposed amendment to the Agricultural Marketing Act of 1946, which would enable GMO food producers to label their products at their own discretion. The bill also included provisions for tax-funded pro-GMO propaganda programs. That means that not only would you be subjected to GMO foods without your knowledge or consent, but your tax dollars would have actually been financing pro-GMO propaganda designed to convince you of the merit of these controversial food products.

Similar GMO-friendly legislation was passed in the House of Representatives last July. Many detractors have since referred to this legislation as the DARK act, short for Denying Americans the Right to Know. Seeing Senator Roberts’ bill struck down in the Senate today is a major victory for those who choose not to consume GMO foods, including those of us at Global Healing. So why do so many Americans consciously avoid eating genetically modified foods?

Could GMO Foods Be Dangerous?

There are many who believe that GMO foods are dangerous. Animal tests have shown that a diet of GMO foods increases toxicity levels in the body.[1] These toxic substances can contribute to disruptions in normal physiological processes, meaning that the body is no longer able to carry out its normal functions. Disturbances in these functions can be devastating to overall wellness. Additionally, GMO foods are also more likely than non-GMO foods to cause allergic reactions.[2]

It gets worse. GMO foods can disrupt the natural ecological systems we rely on for growing our food.[3][4] In time, these disturbances could lead to a scarcity of non-GMO foods, making it all the more difficult for consumers to avoid GMO foods. The National Institute of Health has conducted numerous tests to determine the safety and nutritional value of GMOs and have concluded that consumers must weigh the risks and make their own decision about whether or not to eat genetically modified foods.[5] How could consumers possibly make this decision if the facts are hidden?

The Importance of Nutrition Facts on Food

According to U.S. Department of Agriculture’s Economic Research Service, Americans are paying more attention to nutrition facts and making healthier dietary choices.[6] As a whole, we better understand the crucial role nutrition plays in our overall wellness. And those of us who care about what goes into our bodies are not only growing in numbers, we’re becoming more vocal.

About 90% of Americans polled have said that they are in favor of mandatory GMO labeling.[7] Today, many of our leaders choose to honor this overwhelming majority. As we saw this morning, some Senators showed they were not afraid to stand against legislation that favors GMO-producing entities like Monsanto. These types of major food corporations have poured millions into lobbying efforts to prevent fair and accurate nutrition facts from becoming the legal standard. And they’ll continue to do so. This is not the last we’ve heard of this issue.

What You Can Do to Help

If you are in favor of continuing the clear labeling requirements for GMO foods, we recommend finding contact information for your Senators and your Representatives and reaching out to them directly. This is a critical time for the future of nutrition in our nation. Don’t stand idly by. Because the House did pass a similar bill, H.R. 1599, in July, this bill has been introduced in the Senate. Although no action has been taken on the bill since July, it is now in the hands of Senate Agriculture, Nutrition, and Forestry Committee. Congress has not yet fully defeated DARK Act legislation, despite blocking out Senator Roberts’ proposed bill today. But another significant step has been taken.

Senator Jeff Merkley (D-OR) has been a vocal opponent against voluntary GMO food labeling. He has created this online petition to offer Americans a place to voice their concerns over the latest DARK Act legislation and on March 2nd, Senator Merkley also introduced a bill known as the Biotechnology Food Labeling and Uniformity Act. This bill, which favors mandatory GMO food labeling, has been referred to the Senate Committee on Health, Education, Labor, and Pensions. Only time will tell what is to become of this new bill, but by signing Senator Merkley’s petition you will be doing your part to support his new bill.

I urge you to refuse to surrender your right to know what’s in your food. Continue to let Congress know that this is an important issue and make sure they understand that lobbyist dollars cannot trump the will of the people. As we celebrate today’s Senate vote, please join us in continuing our stand against GMO foods.